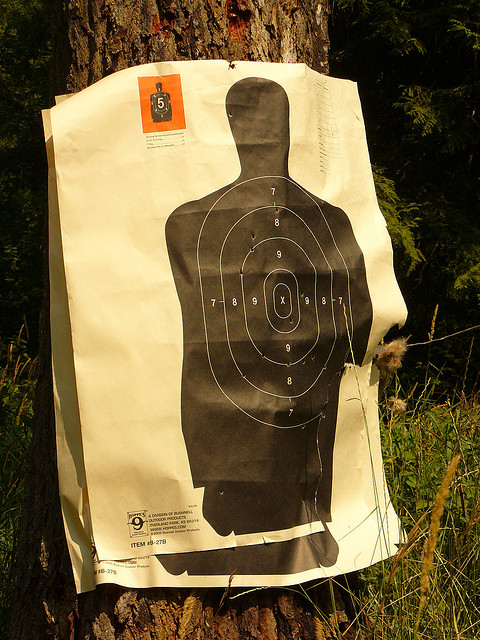 I have always been deeply suspicious of targeting in advertising.

I don’t really mean the practice of placing communications, engagement and utility into the lives of the people most likely to buy. That does seem pretty sensible. No, the thing that bugs me is an obsession with targeting and optimisation that either elevates this above the quality of what you create in that ‘space’ or sees it as the holy grail of advertising. Because the reality is that the theory of targeting is always far more compelling than the reality of it.

I have always worried that over optimisation can lead to long-term brand and business damage because tomorrow’s prospects are never primed. Indeed this kind of targeting seems to have the primary effect of driving a brand underground where only those people thoroughly acquainted with it are ever touched. Loads of brands could absolutely do with a big dose of wastage so that a broader audience feels their presence – that’s one of the enduring joys of outdoor as a medium.
Then I got mildly concerned about the concept of addressable advertising that was ushered in by the set top box. This promised the ability to serve TV advertising at the postcode level using profiles of those areas to make sweeping generalisations about the audience viewing. The prospect of mainstream advertising becoming as irritating as database driven marketing filled me with horror but fortunately this doesn’t appear to have got much further than titillating the geeks at technology conferences.
But the thing that really gets my goat right now and is cut from the same presumptuous and arrogant cloth is search driven digital display. Clearly a whole bunch of people at digital agencies, client marketing departments and places like Google are cock-a-hoop at the cunning wheeze of serving you ads for things you have searched for recently. I mean why wouldn’t they be since they are all disciples of the targeting cult? Don’t get me wrong I understand that the idea of knowing what people want to buy before you serve them an ad is genuinely revolutionary. Or at least it would be if it actually worked.
The trouble is that all targeting makes assumptions about people and the harder that you try to make them the greater the likelihood that you will fall flat on your face.
John Lewis are up to it right at the moment. I recently searched for children’s pyjamas on johnlewis.com and so they are currently using their display to serve me advertising for children’s pyjamas, suggesting pyjamas that I might like to buy. Constantly. I can’t get away from advertising for children’s pyjamas. The problem is I made that search and bought the pyjamas two weeks ago. I don’t need any more children’s fucking pyjamas and it’s starting to get on my tits. Someone somewhere thinks they are being bloody clever but actually they are being fucking dumb and in attempting to target their advertising so well they are wasting their cash and pissing off their customers. Its like a digital equivalent of stalking or what it would feel like if you popped down John Lewis and bought something and then some bloke arrived at your doorstep two weeks later trying to flog you exactly the same thing.
You see the ultimate problem with targeting is that for all the assumptions the hardest thing to do with any accuracy is to tell when people are in the market and why they are there. You can’t know that and the more you try the more irritating you become. Direct mail was bad enough but digital takes it to a new level of annoyance. To bastardise John Lewis’s endline this is advertising that appears to be never knowingly relevant.

8 Replies to “Why I hate targeting”