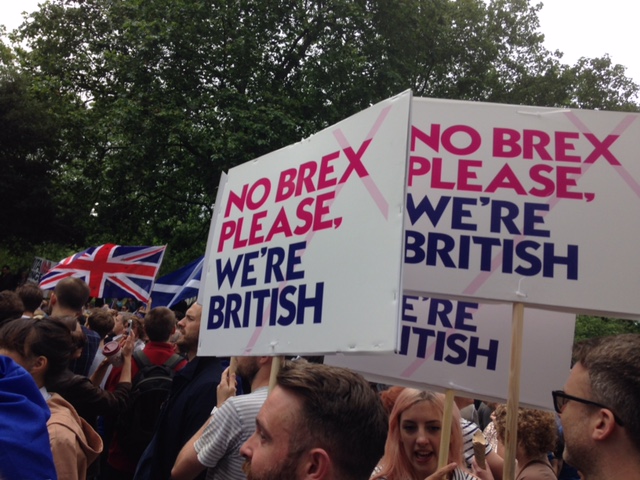 Good news is thin on the ground right now but in the world of marketing, there is one massive benefit of the Referendum. Thanks to the 23rd June no organisation need bother commissioning a segmentation study ever again.

There are few concepts in marketing that promise more and deliver less than segmentation. Segmentation is the idea that a large homogenous universe of customers can be broken down into smaller and more coherent groups that can then be targeted separately.

This sounds eminently sensible and it is, to a degree. Deciding on the customers you are after and then catering for their needs goes to the heart of the marketing discipline. However, the bastard child of segmentation, the segmentation study is another thing altogether.

The stock in trade of the segmentation study is to take a population and then divide them up into a set of, often six, fictional groups that have so little basis in the real world that they have to be given silly names like “value conscious Val” or “social maximisers” to mean anything whatsoever.

Then and only then, these awful confections are padded out with ludicrous pen portraits of their non-existent lives and, if your lucky, a mood film so that the entire organisation can be confused beyond measure by the machinations of their marketers.

Indeed, the only real value of a segmentation study is that, much like buying an Ikea kitchen the whole process is so expensive and tedious that few organisations seek to do them with any regularity. And now they don’t have to bother.

Critically these segments are based in reality and not a marketer’s imagination and are sufficiently large to be commercially useful. Not as ‘leave’ and ‘remain’ but as the schism in our society that underlies them. A schism that sees one group as the victims of the many facets of globalisation and one group the beneficiaries, one group the inward looking and fatalistic and the other more outward looking and self-confident. And the Economist’s front cover put it last week, one ‘closed’ and one ‘open’.

Some brands should serve the ‘closed’ group, people that have little trust that brands and businesses are on their side, who feel that the odds are stacked against them and who have a desperate desire for both protection and access to the things others take for granted. These brands would emphasise that they are here to lend a helping hand. Tesco or Nat West might seek to target the ‘closed’.

Other brands would operate in the world of the ‘open’, serving those that feel their future lies in their own hands and is down to them. They don’t need help or protection but they do want brands that help them maximise their lives. Apple is the quintessential ‘open’ brand but Sainsbury’s is probably in that camp too, as well as say Barclays.

Not only does the Referendum result offer a far more potent approach to customer segmentation, after all you know a segment is real if the differences are so profound that families have been driven apart and friendships broken. But it’s also absolutely free, apart from economic collapse of course.

2 Replies to “Brexit: The segmentation study to end them all”