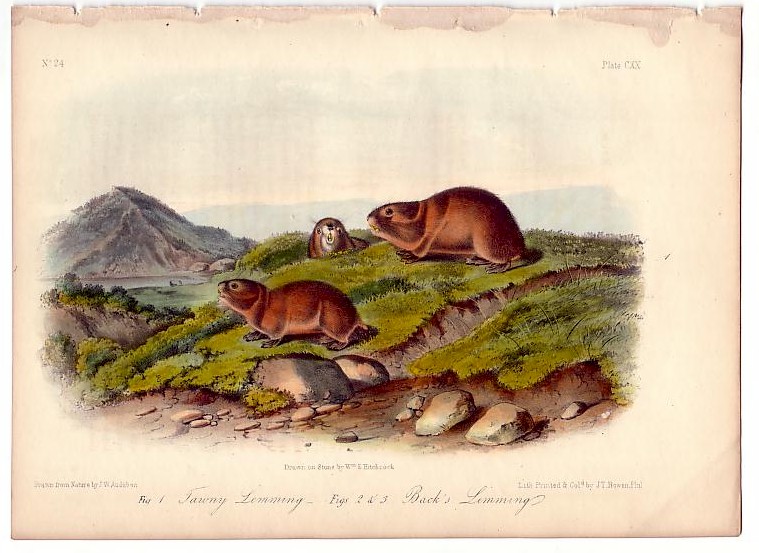 This blog – unlike many ad blogs that talk about the future – has always set itself against both the Ostriches and the Lemmings. Of course we all loathe the Ostriches, those who continue to find succour beneath the sands of the status quo. But I have an equal amount of contempt for the Lemmings.
Lemmings are those who at every twist and turn of the advertising industry’s development and in the face of the many challenges it is presented with decide that it is all over bar the shouting and sod off to extol the virtues of the latest wheeze from branded content to word of mouth. This they do rather than face up to the intellectual and creative challenges of sorting the mess out and making the business fit for purpose once more.
One of the most irritating habits of lemmings is their use of that appalling cliche ‘the death of the 30 second ad’. I am going to murder in a particularly cruel and unusual manner the next person who repeats this nonsense (and remember now I have clustr map so I know where you live).
The main reason for dealing out this utterly unreasonable punishment is simply because ‘the death of the 30 second ad’ is just such a boring and unoriginal opinion to hold. No doubt at some point in the dim distant past (probably whenthe first remote control appeared in the shops) this point of view merited interest just as the strategy ‘the family saloon that thinks it is a sports car’ once held some traction.
But the other reason for directing this venom at such an innocuous collection of words is simply accuracy. Now, I’m as alive to the cultural and technological changes that are affecting advertising as anyone but in common with Douglas Holt (See the books section) I still believe in the communicative supremacy of the brand film (be it 30 seconds or 3 minutes) and what strikes me is that far from being under threat, in the last couple of years the means of ad distribution have been, and continue to be,revolutionised.
30 million video downlaods from You Tube daily. 800k people downloading ‘Choir’ directly from the Honda website. Channel 4’s advertising funded mobile content service. Not to mention good old peer to peer distribution of favoured content.
The means of distributing advertising films have exploded and interestingly they are increasingly either very low cost or free raising the prospect of budgets that would otherwise have been spent on distribution going into production and the possiblility of the fat buying point media agencies getting a good kicking.
Meanwhile be warned that if you are ever tempted to use the use the ‘death of the 30 second ad’ cliche I will hunt you down in your bed and deal with you.

16 Replies to “Death to the lemmings”