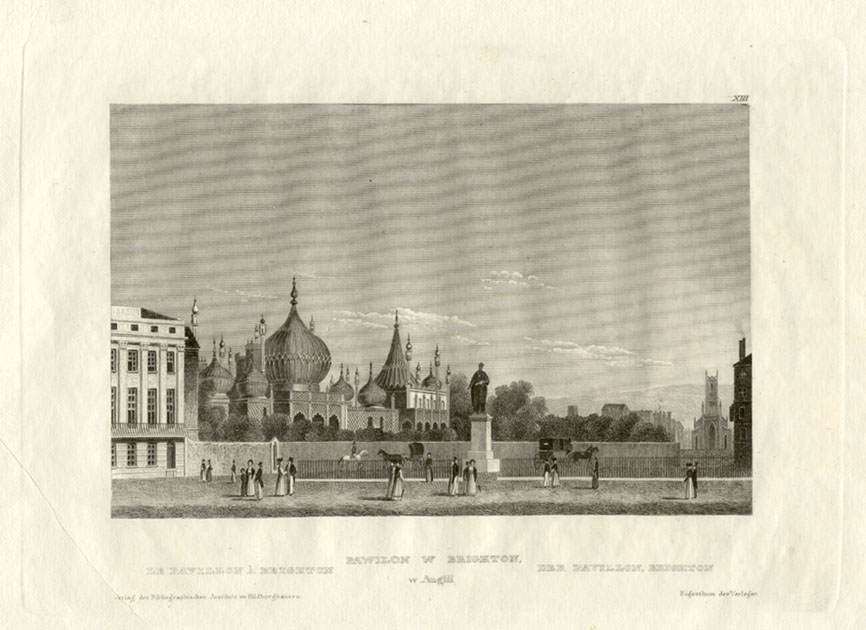 Brighton Pavillion, described by Lady Sydney Morgan as a ‘toyshop of royal bad taste’ and like most advertising pretty but useless.

Advertising’s ills are many, manifest and increasingly well documented. Many people out there blame the inflexibilty and self interest of the agencies (and I post extensively on this) but how about the clients? I have become increasingly concerned that the greatest threat to advertising is the way clients use it – not as a business tool but as a corporate bauble.

“Good ideas start with the realisation of a problem to solve. But much mediocre brand marketing starts with the idea of ‘advertising the brand’ as if it were a business objective in its own right” John Grant, The Brand Innovation Manifesto.
One of the things that you hear most often from people that have gone client side is the relative unimportance of advertising in their working day given the many areas of responsibility of the modern marketer. I used to feel chastened by this, accepting that on the agency side we spend every waking moment thinking about stuff real people pay very little attention to and Marketing Directors are clearly not as interested in as they used to be. C’est la vie.
But of late I have started to become angry about this state of affairs – if Marketing Directors are not spending vast parts of their day thinking about their advertising something is wrong. This remains an astonishingly powerful business tool that in the right hands has the power to transform brands and sell serious amounts of product over both the short and long term. That sounds like something that should be of paramount concern.
I think a number of things have gone wrong on the client side of the equation:
1) Too many contemporary marketers are unskilled in acquiring the right advertising for their business. They understand (usually) the business problem at hand but are not clear how advertising can and should solve that problem. You can see this in the way that so many client briefs still contain the phrases ‘raise awareness’ or ‘gain reappraisal’?
2) They have lost faith (if they ever had it) in the power of advertising to sell – having been fed a diet of bullshit, poor solutions and unedifying results from their agencies for years.
3) They are too interested in the intermediate measurement of their advertising and not enough interested in real results. I have lost count of the times I have asked client friends how their advertising is going and been told ‘it is tracking really well’.
4) They want their advertising to be liked more than they want it to sell and are more interested in the part of the creative development research debrief concerned with appeal than the one marked ‘will anybody care and will the work do its job’. The current ‘engagement’ debate, which is seen by many clinets and agencies as an excuse to entertain rather than sell, merely serves to pour fuel on this particular fire.
5) They want it to go down well with internal stakeholders more than with consumers. Sure we have all heard about the way in which ‘Every Little Helps’ worked as a staff training programme or the sense of pride Halifax staff feel at their Howard campaign. However, lets have a little discipline for a moment, above the line advertising uses precious budget to communicate with consumers and that is how it should be judged.
6) Because they often grew up in an era when ‘lifestyle’ and ‘image’ advertising was working to build fame for certain brands they believe in using advertising to manipulate brand image rather than deliver brand substance.
7) Ironically for people who claim to have little time for advertising so busy are they with the other concerns of the job, too many don’t seem to get that marketing is part communication and part getting the product right. Advertising can paper over the cracks of a poorly performing product (goodness knows we did this very succesfully for Pot Noodle until recently) but in the end advertising works best to amplify brilliant products and brands commited to innovation.
The result this woolley thinking is a sort of retreat of reason, one in which advertising is believed to have only long term ‘brand building effects’, one in which it’s role is seen purely as a ‘window on the brand’, and one in which it is becomes an ornamental part of the business and not an instrumental one. A kind of ‘trophy wife’ for the brand.
In this world advertising becomes nice to have decoration for the brand – almost an annual report to the consumer about how it is getting on – not a hard nosed tool for indirect selling.
No wonder markets still crucify organisations that significantly increase their adspend (and yes I am going to make my tired old point about how useless the IPA effectiveness awards have been once again) and no wonder clients retreat from engaging with their advertising and leave it to a monthly trip to Hoxton to polish another pointless corporate bauble.

39 Replies to “Ornaments or instruments?”