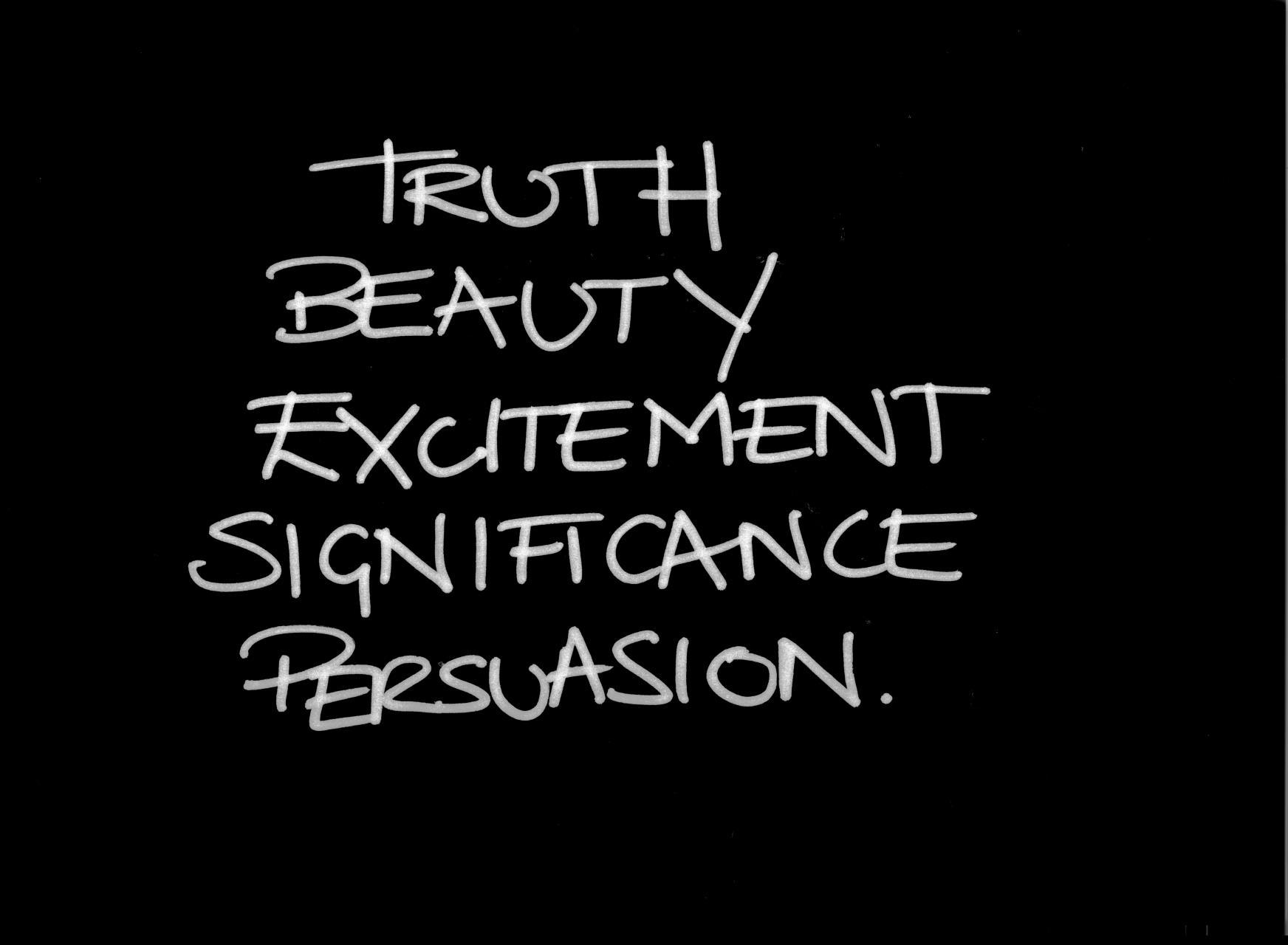 I’ve stolen this from Jon Steel because I really like it as way to judge the quality of an idea – strategic or otherwise.

He in turn distilled it from a quote in Physics for Poets by Robert March.
“A scientist…is supposed to be looking for the truth about nature. But not all truths are equal. Some we call deep truths, and these are the ones that are also beautiful. An idea must be more than right – it must also be pretty if it is to create much excitement in the world of science. For the search for truth is not simply a matter of discovering facts. You must also understand their significance and them persuade others that your way of looking at them is valid. It is always easier to persuade people to believe in something new when they find it beautiful, especially if it runs counter to their established beliefs”.
It is a little light on the ‘bugger me I had never thought of it that way’ dimension but I guess if I were excited about an idea it would be for that very reason.
Ladies and Gentlemen – more beautiful thinking please.

14 Replies to “A ready reckoner for great ideas”