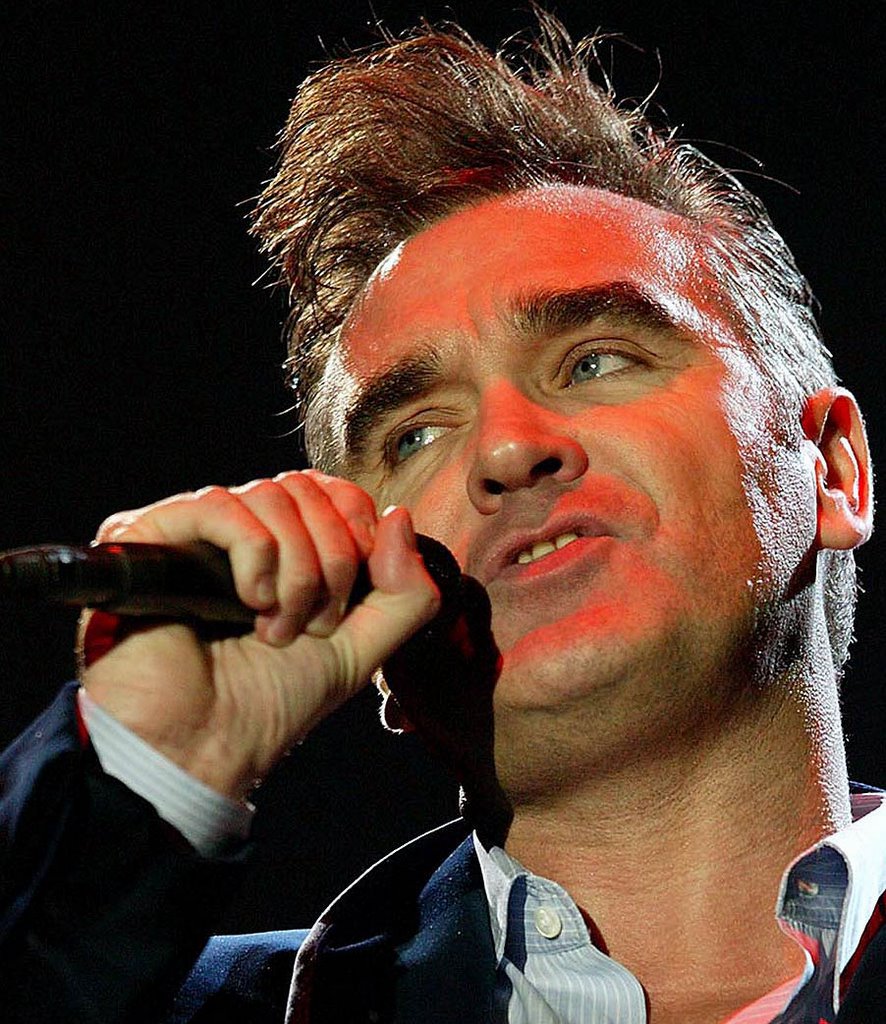 When Morrissey famously advocated that we go round hanging DJs he suggested that “the music that they constantly play says nothing to me about my life”. Kind of how I feel about the network brands for mobile phones. Image courtesy of Jason Bentley

I have just had to get myself a mobile phone contract.

I guess that dates me since mobiles/cellphones happened after I started work and so I have never had one of my own.

So as a matter of course I went to the Carphone Warehouse (The UK’s largest cellphone intermediary).

Needless to say it was a pretty grim experience.

It was the Camden Town store in London. They have just moved into it and it is a really rather lovely shop – minimal, reserved and smart.
But as we all know nice store environments are easy to deliver, good service less so.
Not only was it difficult to engage any of the staff in an interaction that might actually lead to a sale (they only condescended to talk to me on my third visit) but information was incorrect (necessitating a fourth visit) and in the end they gave up on helping me transfer my old mobile number to the new network and left me to my own devices.
So like I say, not a very pleasant experience and hopefully one I will never have to repeat.
But what the hell was I doing there in the first place?
Flanking the shop on Camden High Street are stand alone stores for all the major UK networks, all of whom spend vast amounts of money promoting their so called ‘brands’, and who in theory should have done away with the need for an intermediary like The Carphone Warehouse years ago.
Sure, there was a time when the networks had patchy coverage, the industry was immature and consumers like me lacked confidence so an intermediary was just what we all needed – an honest broker in a sea of consumer confusion and network flannel.
But what possible role might it play now, when we are savvy and the cowboys have hung up their spurs?
Surely my inclination should have been to cut out the middle-man and go straight to the brand I trusted most, had a special affinity for, imparted the most identity value to me or just had the best deals. The Carphone Warehouse should be as anachronistic a business as its name suggests.
And I think that the answer lies in the fact that the Carphone Warehouse is at least a brand unlike the network operators and despite their vast marketing budgets.
Orange may have been a brand ten years but it is now a pale and lifeless pastiche of its former self. I remember it being the only network brand I considered when I got a mobile for my partner in the mid-90s, how times have changed.
O2 is little more than an identity system – ubiquitous, pretty and flexible but meaningless.
Virgin (which I opted for) has the stench of your un-cool uncle that is trying to get with the kids.
You couldn’t wish for a more one dimensional brand than T-Mobile which doesn’t even have the advantage of a pretty logo.
And while Vodafone has a nice brand strategy up its sleeves (in the ‘power of now’ idea) it has done very little to create real consumer affection.
Oh yes and there is 3, wayward 3, I think I’d be more likely to entrust my children to the local parish priest for the weekend than give them any money.
Trapped in some branding time warp the best that these organisations can muster is the relatively Neanderthal achievement of each owning a colour
Sure I’m aware of the event sponsorship that each of the networks indulgence themselves in as an aid to corporate masterbation, and I find the ads for Orange in UK cinemas really very funny. But if you think that putting your name on the chests of a Formula One team is going to make a difference to my network choice you evidently think it is 1907 not 2007.
As a result I couldn’t have cared less which network I joined and more than that do not feel that I have any relationship with the one that I did (much to the annoyance of the carefully un-scripted call centre staff who all want to be my best friend).
And I’d suggest the churn levels in the industry indicate most consumers don’t care which operator they are with either. In 2005 Vodafone’s annual churn in the UK was nearly 30%.
These are not brands in the sense that you and I would understand them – they are businesses with pantone references.
That’s why we still need the Carphone Warehouse and other intermediaries like it. Because in categories where the principle players can’t be arsed to differentiate themselves an intermediary, particularly one that has mustered a bit of heritage, latent affection and employed the services of an anthropomorphic telephone can make a killing.
In the land of the blind the one eyed brand is king.

19 Replies to “Why we still need the Carphone Warehouse”