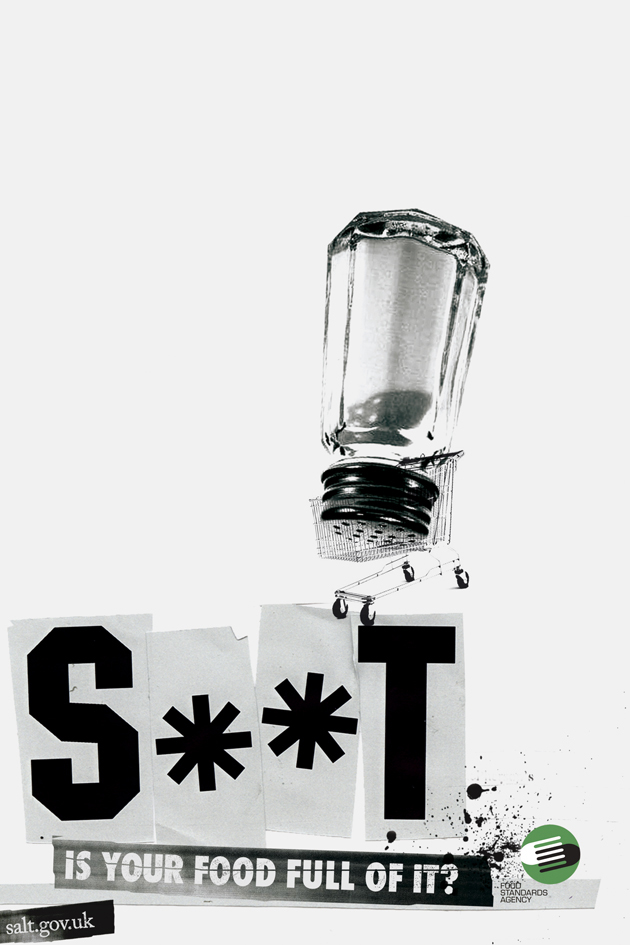 I have been giving a bit of thought to a planning approach recently. Something that reflects they way I do it at the moment but nothing too heavy and contrived.

Naturally it involves alliteration and specifically the words ‘interesting’, ‘instinct’, ‘insight’ and ‘idea’..

I guess my professional mantra of late has been summed up in the phrase ‘it is vital to be interesting, it is merely important to be right’.
Strategists spend vast swathes of time desperately trying to be right with the result that the majority of strategic thinking is cliched, lame and dreary. So how about if you tried to be interesting first – to think of the most interesting idea possible for your brand, category or the wider world – and then worked out whether it was right? Or could be made to be right.
My faith in this approach is partly fueled by the belief that there are no longer right strategies anyway, merely ideas that engages people to a greater or lesser extent. ‘Dirt is good’ for Persil/Omo and ‘Turn to 30’ for Ariel are both great brand ideas. As are both Lurpak’s foodie strategy and Anchor’s free range approach

Anchor from CHI
It is also because you don’t have to go to one of Russell’s conferences to believe that the principle currency of human interaction at the moment is ‘interest’. If that is the case, whether an idea is interesting or not should be the most important measure of how good it is – not the only one but the most important one.
So thats the basic philosophy – find the most interesting thing that you could possibly think about a brand, category or the wider world and then figure out if its right. Simple. It makes what we do both breathtakingly easy and phenomenally difficult – because everything rests on your ability as a strategist to come up with interesting ideas.
I have to say that as the person in charge of strategy at a large agency like Saatchi & Saatchi I also find it the most potent guide in my thinking about the work of other planners. When you are trying to comprehend the quality of thinking on a very large number of brands of which some are more familiar than others, it is incredibly simple to apply the interesting yardstick rather than try and figure out the right answer.
Now, the more I think about it there appears to be a series of stages to developing an idea, by which I mean a brand idea – or the idea behind the brand.
The first is to do with instinct.
Very often if you thing about a project at the beginning of your journey you will have an instinct – something that your gut tells you about the brand or category, or that you have always wanted to do with that brand or in that category. Loads of people think that you can’t possibly start your strategic journey with instinct, well I beg to differ.
For starters you will often understand the brand as a consumer does because you are a consumer. You live in the brandscape and as such your point of view (however representative or not) is entirely legitimate and its a great place to start. In many ways your instincts make the most real insights because they are very personally felt.
More than that, whether you are a strategist that has been doing this for a while or just starting out, you are progressively training your instinct to know a good thing when it sees it (much like the idea that it takes 10,000 hours to get good at something that Russell talks about).
The more you exercise your instinct the more reliable it will become for you.
Finally all this instinct stuff doesn’t negate the need to have a look see what the data (whether qualitative or quantitate) says. A spot of data might be exactly what your instinct need to lick start it.
On the Alcohol Harm Reduction project for the COI the planner an I were reading through reams of Client research and both came across the word Vulnerable. Nothing much more than instinct suggested that vulnerability seemed like an interesting place to start – casting binge drinkers as victims of alcohol in clear and present danger not perpetrators of an terrible social evil. It led to work that talked about the way in which drinking substantial quantities of alcohol made people vulnerable to harm.

That said when it came to relaunching the cereal bar Tracker it was pure instinct that suggested the answer lay in the brand name – Tracker simply had to be about the great British outdoors with it drizzle, kagools and yappy type dogs.

So trust your instinct, ask your instinct what it feels and train it to be perceptive and powerful.
Then use that instinct as the place to hunt for insight. In many ways your instincts make starting points for the most real insights because they are very personally felt.
An insight for me is a new way of thinking about the brand, the category, the wider world or indeed the consumer. A way that is both surprising in its originality but also in hindsight true. Insights are by definition new bits of thinking and nothing upsets me more in the world than tired insight.
On Lotus Freshness (an Aloe Vera impregnated toilet tissue from Georgia Pacific) the instinct was about turning it into Molton Brown or Aveda of loo roll. It felt that no one in the market was stepping up to the changed relationship that we have with our bathrooms, not least in the way the products that we buy for them are now on display because they look so good rather than being hidden in a bathroom cupboard.
That is not where we ended up but was without a doubt the starting point for an insight about toilet roll as part of the skincare market and relaunching Lotus freshness as a skincare brand.
The idea is how you crystallise this insight in a way that is powerful for the brand. At Saatchis this is called the Organising Idea, other places have their own versions of big idea, brand idea and brand ideal. And there is loads of stuff elsewhere on the site about what makes a potent Organising Idea.
On Lotus the Organising Idea became ‘Lotus. Skincare for your derriere’
On Tracker the insight that British families needed to get out more and enjoy the Great British outdoors led to the idea of “Tracker. The rucksack snack’.
On our salt reduction campaign for the Food Standards Agency the idea was ‘Is your food full of S**T?’. This was built from the insight that Salt is a hidden killer lurking inside prepared foods in unfeasibly large quantities. And if you really want to follow it back the instinct was about needing to get really tough about Salt. While it is essential for human life the average British male is consuming 11gms of salt a day against a maximum allowable daily amount of 6gms. The creative team spotted in a moment of God like genius that shit and salt are both four letter words beginning in S and ending in T.
Interesting, Instinct, Insight and Idea – not infallible but not a bad way to approach life strategically.