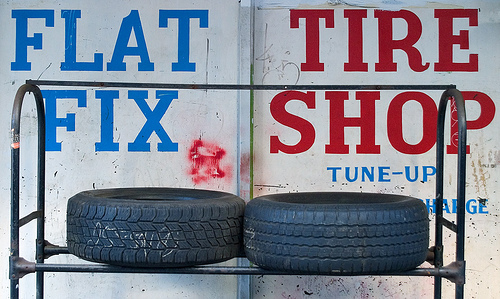 The start up plays an almost mythical role in the world of advertising. Start ups are not simply an outlet for the professional and material ambitions of the best in the business, they are absolutely essential to the health and vitality of the industry. If advertising has managed to adapt to the changing business, consumer and communications landscape over the past century it has been largely because of its start-ups.

The concentration of talent and ambition in new agencies, coupled with their lack of moribund processes and crippling overheads means that they are able to
anticipate and quite often precipitate the changes that drive the business forward. Changes both to the process of creating advertising and the product itself, whether the media used or the selling techniques employed.
After all it was start up agencies like Collett Dickenson Pearce that in the 1960s first got their heads around how to use the fledgling medium of commercial television. While successive start ups from Saatchi & Saatchi in the 1970’s to Bartle Bogle Hegarty in the 1980’s and Mother in the 1990’s all used their success to lead the advertising business in new directions. And in doing so frustrated those that repeatedly predicted advertising’s demise.
Of course, while the attractiveness of younger, more agile agencies takes its toll on more established shops and every generation sees many of these fall by the wayside, unable to compete with the new offerings, many others survive and prosper. And they do so precisely because their deep pockets and generous owners buy back the talent, energy and new practices that the start ups have pioneered. And so the young turks return to the fold and in doing so change the agencies they originally left with far greater success than if they had stayed on.
Recently, however, something has gone wrong. In the last decade there has been no let up in the number of new advertising agencies, yet those born in this period have conspicuously failed to maintain the pace of change upon which the survival of the business is so dependent. This has been cataclysmic in London which, starved of start ups with new ideas, has become a shadow of its former, world conquering, self. If you had said to your average adman in the 1990s that the agencies that we would most respect a decade later, would be almost exclusively American they would have laughed into their cinnamon lattes. Not since the 1950s has London adland doffed its cap to the US with such awe struck admiration.
For far too long the hallmarks of the start up – fearless audacity, challenging thinking and world beating creativity – have been rare qualities in the UK’s young agencies. And this has to change if London is to restore its fortunes as a centre of advertising excellence.
Maybe the latest crop of start ups will be different. 2008 has begun with a flurry of agency births, the most notable being Adam + Eve and AnalogFolk, both breakaways from large network agencies. Refreshingly they do seem to promise new thinking and new ways of working, and interestingly both have been quick to bring in talent from outside orthodox advertising agencies, all of which bodes well.
We have to hope that this year’s start ups can deliver real change where their immediate predecessors have not. Because if you want to point your finger at anyone for the advertising industry’s failure to adapt don’t do so at the established agencies – this was never their role – point it at the last decade’s start ups that have delivered so much cash to their founders but so little progress to the business.
This post originally appeared as a column in New Media Age.

4 Replies to “Are our start ups a let down?”