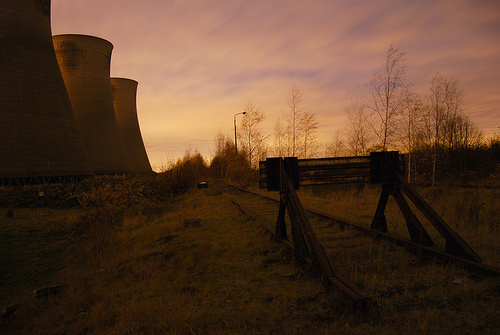 Some time in the early summer the Met Office rather confidently predicted that this would be the summer of the BBQ, so hot, dry and altogether splendid was our weather going to be. Alas it turned out to be a rather different meteorological kettle of fish and once again this summer has been unremittingly dreary, anything but the summer of the BBQ. Similarly at the beginning of this recession the soothsayers of the digital community rather confidently predicted that this would be the recession of the digital agency, basking as they would be in the sunny glory of a much-trumpeted culture of accountability. More than that, it would be the death of those sad old orthodox ad agencies that in the parlance of our time simply ‘don’t get it’. Alas, if you are a digital shop it is turning out to be anything but your recession. Good news for digital, bad news for the rather quaint idea of the standalone digital agency.

Indeed the orthodox agencies will emerge form this recession stronger, better, leaner and with the lion’s share of the business that used to be the preserve of pure play agencies as the latter struggle to play in the big league or face annihilation.
In many ways this is simply because at long last client organisations are taking digital seriously and Marketing Directors in particular now see it as part of their core responsibility rather than something rather marginal that can be delegated to someone keen and junior to look after. And with contemporary marketing involving so many disciplines demanding the attention of your average marketing chief, there are real advantages in integrating as many of these into as few agencies as possible. Preferably the agencies they work closely with and trust most. In some cases theses are digital agencies by birth, in many cases they are not.
Of course we have long acknowledged the inevitable convergence of the two agency worlds since the division of labour that we currently tolerate is utterly ludicrous, not least because it sustains at least two sets of pointless overheads that clients are inevitably paying for. However, recessions cause more dramatic adjustments in the market and there is a very specific and powerful new factor at work that will significantly accelerate this process. The fee negotiations that orthodox agencies are involved in to secure their retainers for 2010.
Orthodox agencies may have been the brunt of digital jokes about pathological slowness, limited creative ambition and a culture that doesn’t get interactivity and participation but that has long ceased to be true. They have got with the programme and if not hired the programmers certainly hired any one else a bit tasty in the digital world. And armed with this capability and ambition CFOs are marching into fee negotiations poised to take out the standalone digital agency with a finely crafted remuneration proposal. A document that promises significant cost savings for the Client’s budget and moderate increases in revenue for the agency by rolling the brand’s digital scope into the responsibilities of the lead advertising agency.
The only solution for stand alone digital agencies in the face of this tsunami of excited finance directors is either to follow the lead of the media agencies and create vast buying points for commoditised production capability or to develop such strong creative or technological specialisms that they remain of greater value to their clients than the bigger scope deals that are on offer from the orthodox agencies. Otherwise it is not just the BBQs digital agencies should be worried about but their lunch too.

This post originally appeared as a column in New Media Age

8 Replies to “Is it the end of the line for the digital agency?”