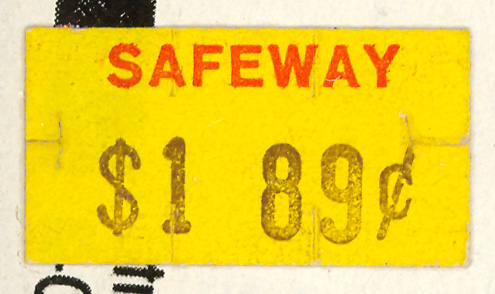 As brand builders we have always instinctively felt that the sales lever so beloved by consumers, the price promotion, was not just grubby but also rather damaging to the long term health of that brand and business. That said, we have rarely been able to articulate our dislike of price promotions in a way that stands up to any kind of scrutiny, making us seem petulant and un-commercial in the face of the quick volume that can be delivered by discounting.

However, proof that our instincts might have some veracity has recently emerged from the well-established but newly fashionable discipline of Behavioural Economics. Apparently we actually do know the price of everything and the value of nothing. Instead of the price we pay for something being the consequence of its real value to us, in practice causality runs backwards and so discounting actively demeans the perceived quality and efficacy of a brand.
But it’s not just the world of irrational price perceptions for which Behavioural Economics offers an explanation. As the study of why people rarely act consistently and rationally it is the natural academic bed-fellow of the business we are all in – turning human understanding into commercial value.
It is helping us better understand the biases and rules of thumb that people use to make decisions and therefore how to influence them. And offers an explanation for why people will work harder to avoid losing something than they will to gain it, why they engage less with future events than they do with the present and why they are more likely to complete tasks when they are broken into manageable chunks. Importantly the subject also covers choice architecture. Choice architecture is the reason why people that are given the choice of fish or chicken on a menu often chose the fish but when beef is added they then change their minds and choose the chicken – the addition of beef making chicken seem a relatively healthy choice rather than the least healthy dish on offer. It is the rationale for something that website designers and market researchers have always known, that there is no neutral way to present a choice and that the way it is framed is fundamental to the decisions we make.
Not surprisingly, this challenge to the economic orthodoxy that stalks the boardrooms of our clients’ and their stakeholders, is flavour of the month in adland. Championed by Rory Sutherland, the enigmatic incoming President of the IPA, Behavioral Economics is seen as a means to unite different marketing communications disciplines under one common framework for the way we influence human behaviour. It is also hoped that it is a way to give the industry more than half-baked explanations of the power of creativity to use in those very boardrooms our fates and levels of remuneration are discussed.
Of course it’s easy to see the new-found popularity of Behavioural Economics as another example of the industry’s neophilia. However, the degree of engagement with this subject across our business suggests it may be as significant to advertising as the introduction of Freudian analytical techniques in the 1950s – what we now call qualitative research. And in offering robust justifications for the effectiveness of what we do it also suggests a way to grow the entire brand advice business rather than perpetuating the status quo in which agencies can only grow at the expense of other agencies, disciplines can only grow at the expense of other disciplines and in which the business is constantly under pressure to discount its offering, devaluing the value of our own brands to our clients.
This post originally appeared as a column in New Media Age
e

6 Replies to “The price of everything and value of nothing”