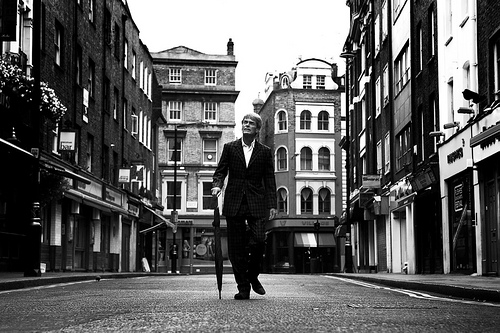 “Do not go gentle into the good night but rage, rage against the dying of the light”
Dylan Thomas.

Sir John Hegarty’s thoughts and memoirs, packaged together in Hegarty on Advertising (Thames and Hudson), must be amongst the most eagerly awaited stories from the world of advertising. This is a man who, in a career spanning nearly 50 years, has given us some of our most loved and successful work, helped build immeasurable value into numerous brands from Levis to Audi and created what is undoubtely the most respected advertising agency on Earth. He is also a bridge. A bridge between the increasingly mythical world of late 20th adland – the adland of Bernbach, Collett Dickinson Pearce, the Brothers Saatchi, and today’s advertising landscape with its 21st Century angst, technological tsunami and procurement misery. So when Sir John, an art director by trade, puts pen to paper a degree of expectation is created and a degree of respect is due, which I offer in spades. But all in all this is a curious work.

And here is my all time favourite BBH commercial. Was there ever a more perfect minute of storytelling, acting, direction and editing, not to mention the outstandingly good musical score? Enjoy.

5 Replies to “Hegarty on Advertising”