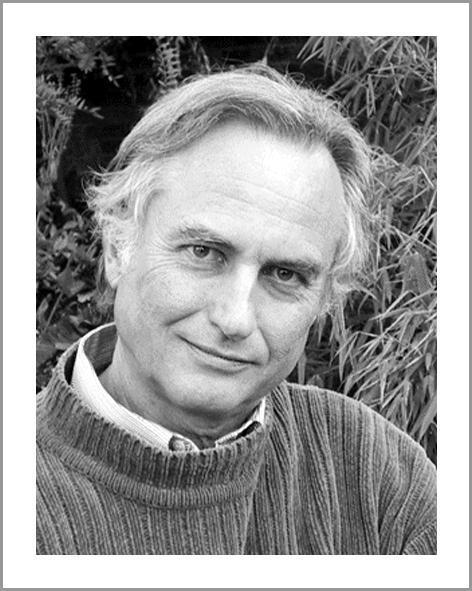 Richard Dawkins seems to be the hit of the moment in the plannersphere.

In particular Wistlethroughyourcomb has an excellent post on the Selfish Gene (Dawkins’s legendary first book) and its lessons for viral marketing.

Meanwhile I am gleefully enjoying his latest book – The God Delusion.

Basically it is a call to arms to aetheists to stand up and be counted for the moral majority we certainly are in the UK, if not sadly elsewhere.
The first half of the book essentially questions the existence of a God while the second attempts to figure out what it is that has led humanity to believe in a God. After all as an evolutionary biologist he must explain while religious behaviour has survived if it superfluous to our existence – otherwise natural selection would have favoured the irreligious and religion would have died out long ago.
I owe Dawkins a great debt. Firstly in helping me realise my agnosticism was spineless and secondly for the meme idea and the thinking that he inspired about memetics.
Many people have taking this idea far further than Dawkins and in particular I find Dr Susan Blackmore by far the most inspiring. One of the most wonderful ideas she has is that our minds are constantly rehursing our memes – and that she uses meditation as a way to silence the little buggers, if only momentarily. As a rather mediocre addition to the debate I wrote a paper a decade ago called ‘here come the meme doctors’ that argued for the marketing community to replace the word brand with the concept of memes and you can download it here.
However, you can’t separate our understanding of the way ideas (and here I am using the terms ideas and memes interchangably) are created, built upon, absorbed, remembered and passed on without acknowledging that Dawkins is the daddy.
And specifically it was his essay about religion called ‘viruses of the mind’ that created this understanding.
In using religion as the uber meme he demonstated the characterisitcs that great ideas require if they are to be successful. And thus he forged the analogy between successful ideas and viruses that is now ubiquitous in the marketing community.
All great ideas or memes are viral and behave virally, infiltrating the host, replicating and infecting others, not just the silly little films which Clients and agencies call virals.
Here are a couple of pointers that reading all of this stuff has reminded me about creating powerful ideas.
Great ideas need to serve a purpose
We tend to forget that ideas need to be useful to people, not just the products or brands they are associated with. Most controversially it maybe that they help resolve fundamental contraditions between the reality of our lives and our expectations. I have argued elsewhere that the Apple meme helps us deal with the way that the new economy is only accessible to a select few and the majority of people still have to struggle on in McJobs as oposed to Mac jobs. Apple helps resolve this by selling us a slice of new economy identity.
So it may be that an idea resolves a contradiction like this or it may be that it’s appeal is not to us so much as our memeplex – helping reinforce and extend it. A memeplex that gives as well as takes.
Great ideas work best when they are part of a supportive memeplex.
In other words memes are reinforced by other ideas that surround them. I think this is how ‘dirt is good’ is working. Alone that idea is interesting but inherently contestable, however the reality is that it operates as part of a memeplex that currently includes ‘kids spend too much time watching TV’, ‘kids are increasingly obese’, ‘childhood is too short these days’, ‘we have become over protective of our children’, ‘litigation culture is damaging our childrens’ childhoods’ and the like. It draws currency and strength from cooperative memes. Hence the popularity of cultural ideas in the planning world – a brand’s position rather than its positioning – that locate the brand in an area people already care about.
Great ideas need to have copying fidelity – in other words they are capable of being passed on accurately and without deterioration.
One of the issues Dawkins addresses in the God Delusion is the idea that the way some memes are constructed with self correcting mechanisms – so that we kind of know if there has been a mistake in replication. I rather think that this is why the aphoristic form is so powerful in communications, and why I am supporting the renaissance of the slogan. The rhythm, rhyme, alliteration or assonance of a great slogan not only help memorability but also provide a self correcting mechanism. Compare the latest Argos line ‘don’t just shop it, Argos it’ and the line it is based on – ‘Don’t just book it, Thomas Cook it’. Both are saying the same thing but the form of the latter helps you remember it, communicate it accurately and the rhyme has a self correcting mechanism that makes you realise if it has been communicated inaccurately.
If we can build ideas that serve a purpose over and above the performance of the product, ideas that play to, are imbedded in and extend a memeplex, and ideas that have copying fidelity we have all have a fighting chance.
And I reckon we will have Dawkins to thank.

32 Replies to “Our debt to Dawkins”