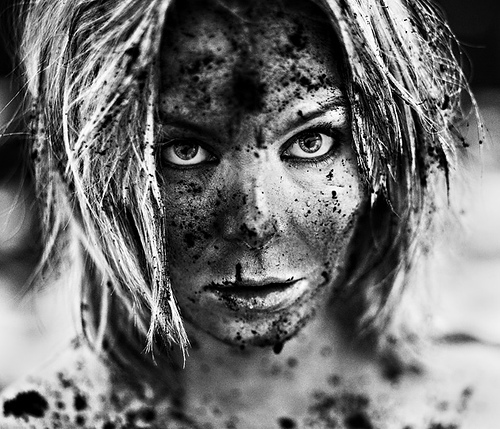 Everyone is turning against it – especially in the planning fraternity.

And why? Well it stands accused of the most heinous crime – it doesn’t work.

It may have strategist’s hearts a flutter but it is not shifting detergent – certainly in the UK.

Well I want to ride to it’s rescue and suggest the problem is squarely with the advertising. Not the executions but the role advertising is being asked, or has elected, to perform.

And I want to round off with the contention that ‘advertising is the new below the line’.

The latest barrage against Dirt is Good (DiG) came from the legendary Charlie Snow, planning director of the singing agency DLKW.
In an article for Marketing Magazine in the UK he wrote:

“I’m starting to build real doubts about the whole campaign. The evidence is stacking up against it. In all the research groups I’ve attended across the country in the past few years, I’ve certainly never heard anyone mention the fantastic Dirt is Good campaign. The brand’s cut-through is being questioned, and if the share figures are to be believed, both value and volume have hit spin cycle”

Sales of Persil are in decline in the UK, on this very blog John Lowery has quoted a volume share decrease from 26.6% to 21.8% and a value decrease from 26.8% to 23.3%, over the last three years. And few planners have evidence of people taking this idea to their hearts out there in consumer land.
Surely it is time for Persil and Omo to ditch the dirt.
Well, I’m not such a fair weather friend of DiG – I still think that it is a wonderful strategy.
The Unilever website tells us that “The campaign was created to communicate the Persil brand’s philosophy that children should be given the freedom to be creative – which leads to their learning and development – without worrying about getting dirty.”
And as a parent of two pre-schoolers that is spot on for me. I know I need to let them get messier but that my overwhelming parental instinct is to minimise mess. So I want Persil to succeed – for me and my childrens’ sake.
That is why I remain rock solid behind the strategic intent of Persil/Omo, it is the advertising I want to question.
Much has been made of the deficiencies of the creative work on DiG.
While it has got considerably better in its new home at BBH, in the past it has been overly dependent on a vignette style of advertising, which is what you do when you can’t think of a creative idea. While I can’t help feeling that the ads have lacked real emotional depth and so don’t find their mark in the customer’s heart – in other words the emotion is all on the screen not in the viewer. Still more evidence comes form the difficulty in finding the work online – its not exactly the toast of you tube.
But I’m not sure that a big brand film is what the TV should be doing for Persil.
All to often the temptation with TV is to provide a window on the whole brand idea. After all isn’t that the heritage of great and hugely successful TV advertising, like CDP’s classic Hovis?
But in a communications landscape that offers so many more ways and places for brands and people to engage in dialogue, TV may not always be the best medium in which to do the brand thing.
I would argue that the other stuff that Persi/Omo does, online and in people’s lives are both better executed and better ways to make an idea like this come to life. There is the wonderful unitedkingdomofdirt microsite (with its 30 things to do before you are 10), a Corporate Social Responsibility programme built out of DiG, tightly knitted in promotions like the splat balls and a PR machine turning out stuff on play malnutrition. It is in these places that the DiG idea finds its most involving expression, not the TV ads.
So what I am really questioning is the role that the advertising has been given to deliver. Maybe it should be used in a far more focused way than dramatising the brand idea. And maybe in doing this Persil and its agency would start to resolve some of the concerns about efficacy. And I think the focus for advertising should be on the brand’s promise.
You see, in my model of problem, position, promise and brand idea – the one I have been peddling ad nauseam, there is not only a requirement for the brand to have a point of view but for it to deliver a promise as well. This proves to the consumer that the brand is doing something about its position. And the reality is that while Persil delivers the position in spades in its advertising, the promise (that no matter how dirty they get Persil will get them clean again time after time) remains tacit and unsaid.
I know that focusing the advertising on the efficacy story doesn’t sound sexy and will have creatives sobbing into their lattes but these days we have to be more disciplined about the tasks each communications discipline is asked to undertake.
And in this case I think advertising’s job is too sell while other’s build the DiG brand world.
And isn’t that interesting. As a commerical endevour advertising’s primary responsibility will always be to sell – whether immediately or over the long term. So maybe we will see advertising swapping places with some of the other disciplines (especially a brand’s online experience) and take on a traditionally below-the-line mantle. In other words advertising will be at the sharp end of sales and digital, promotions, and PR doing the brand thing.
Just because there is a little confusion over the precise role for advertising on Persil, that may be causing a sub optimal performance, doesn’t mean the idea is wrong and Unilever should just walk away from it as many of DiG’s detrators seem to suggest.
Or are we saying that a strategy is only as good as the work the present agency of choice is able to rustle up?

18 Replies to “Dirt really is good”