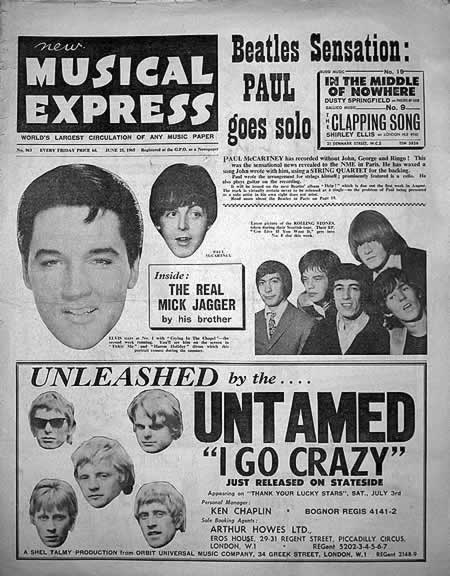 The first UK singles chart was published in 1952 in the New Musical Express. However it took until 1969 for an official UK chart to emerge. You won’t be surprised to learn that the UK chart is compiled by…er…WPP. Image courtesy of Brooklyn Vegan.

For a while now Todd Andrlick has been compiling a weekly ranking of Marketing blogs called the Power 150. Earlier this year he expanded it outside the US to create a Global Power 150, and for the first time blogs like Russell’s, John’s, Gavin’s,James’ and mine got included.

So authoritative is this ranking that Advertising Age has decided to adopt it as it’s official benchmark for marketing blogs and bloggers (in part as a way of communicating how influential or not a bloggers voice is, when quoted editorially) and will host and run the Global Power 150.

What is exciting is that the industry is starting to take the blogosphere seriously and has, in return, given it a univeral standard to judge the potency of its individual voices.

One wonders whether the UK marketing and advertising press will start to support its indigenous maketing blogs in a similar fashion, rather than seeing them as a quirky and colourful fringe activity.

There are many rankings of marketing and ad blogs however the vast majority use one metric – usually linbound links (from Technorati) or traffic (from Alexa).
The authority of the Global Power 150 comes from the way it pulls together 4 different metrics – page rank (from Google), subscriptions (from Bloglines), links in (from Technorati) and a qualitative measure of frequent, relevant and quality content policed by Todd and in the future, one assumes, Ad Age.