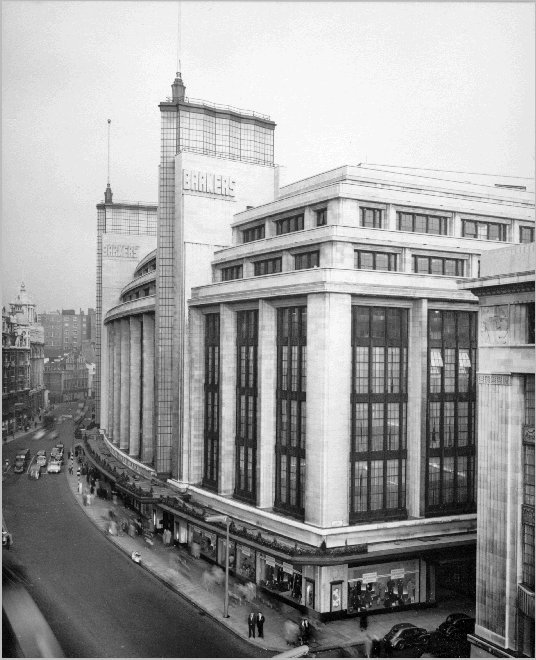 Lots of nonsense is talked about brands.

Especially these days when the entire marketing community seems to have gone beardy weirdy, believing that cosumers and brands are now best buddies. This approach largely ignores the small issue of capitalism – the way that businesses extract a profit from the consumer.

For me the primary service a brand delivers to a business is in getting consumers to do things that are irrational and often against their best interests – to trade-off price, quality or service. If not why would a business have them?

And two retail experiences pointed this up to me in their very different ways – Wholefoods Market and Ikea.

The UK has just got its first proper Whole Foods Market in the old Barkers building on Kensington High Street.
Now I know the Americans amongst you have all gone cynical and sniffy about Whole Foods Market. Claiming that the firm has sold its hard core organic roots short and dismayed at the shenanigans of its founder who has a habit of anonymously slagging of competitors on analyst’s discussion boards.
Well you’ll find no such cynicism from this quarter. This is the best supermarket in the UK period.
Nowhere else demonstrates the one thing you really want from a food retailer – a real love of food. Sure there are a few food halls in poncey department stores but they are far more likely to be places you buy a stilton at Christmas or a tub of gentleman’s relish for a favoured uncle than the destination of your weekly shop.
Its not just that the food is good, it is the way in which it is cared for and merchandised that marks Whole Foods Market out both from your bog standard Sainsbury’s, Tesco or Waitrose and from the organic retailers like Fresh and Wild (which Whole Foods Market also owns). Eggs are sold individually with you choosing the ones you like the look of to put in your egg box. Cheese has its own temperature controlled room. The Sausages are made on the premises and then sold form their own humidor. The bakery is a bakery and not a bit of ‘retail theatre’. And even the canned food is merchandised with a flair that seems to escape the ghastly sheds that dominate UK food retailing. 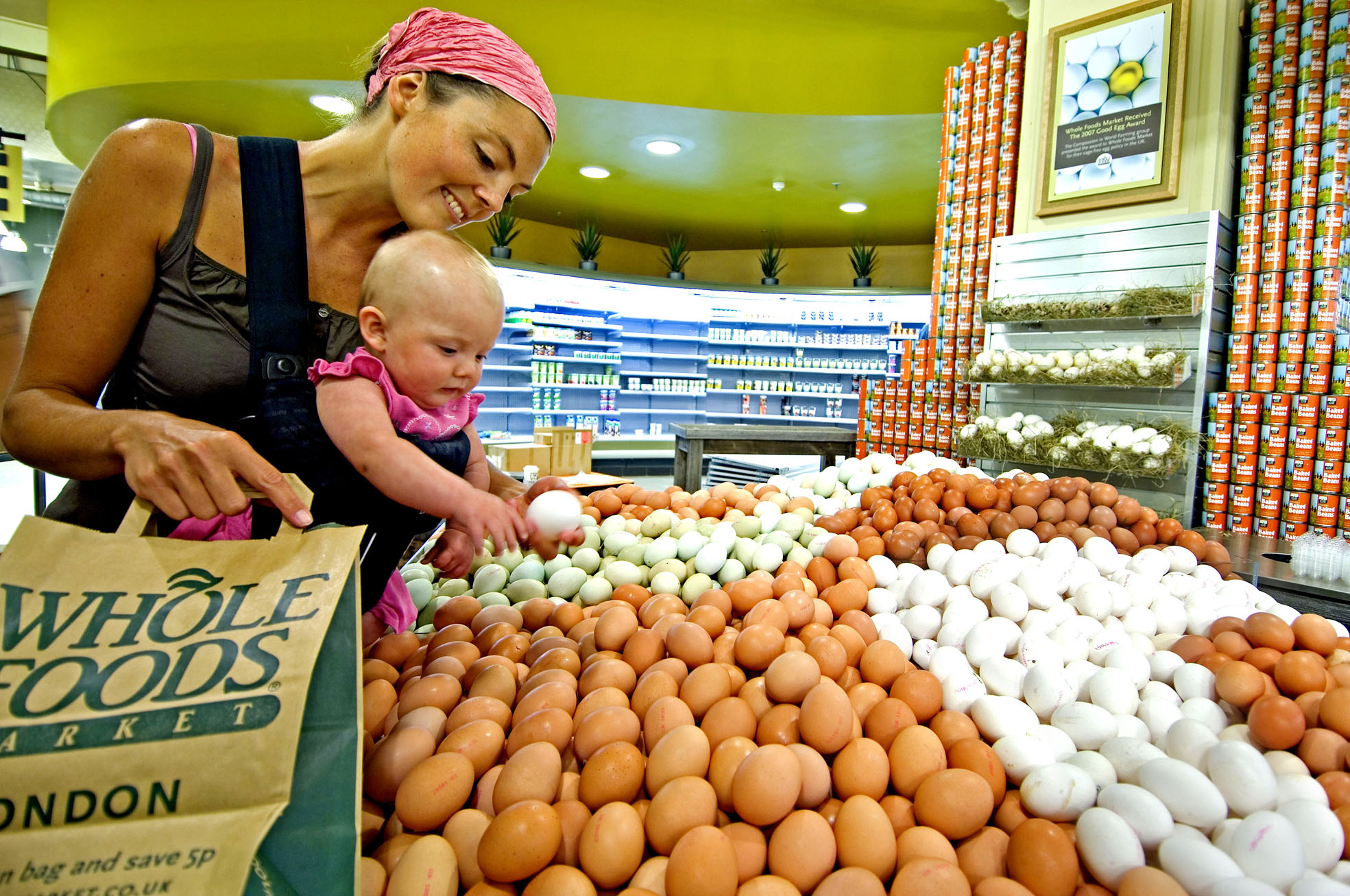 See what I mean about the eggs

Of course there is a price. And its the price.
Not for nothing is Whole Foods known in the US as Whole Pay Paket where even the well healed of Northern California wince at the checkout. Like most great brands Whole Foods Market are able to establish and maintain a price premium over the competition because the brand (and I am using the term to include both the tangible and intangible mainfestations of the consumer experience) gives them the strategic freedom to ramp up price and still keep the cash tills ringing. Thats what I call price elasticity.
The day after my visit to Whole Foods market I dropped in on Ikea in Wembley. Of course with Ikea there is no price premium in return for access to the brand – its more like your dignity they are after.
What continues to impress me about this retailer is the frenzy of slobbering desire that they manage to whip-up in people by the time they reach the checkouts. Sure some of the design is nice but the excitement that led to rioting when their Edmonton store opened is really all about the price. Ikea isn’t just cheap, Ikea’s prices defy the very laws of physics.
But as you will all be familiar with access to these prices comes from enduring a retail experience that is entirely on Ikea’s terms – there are more rules in Ikea than in test cricket.
The whole thing reminds me of Eddie Izzard’s letter from St Paul to the Corinthians “Don’t do this. Don’t do that. Don’t put socks in a toaster. Don’t put jam on magnets”.

A bit of Eddie for light relief.
Both retailers are extracting value form the consumer but in almost diametrically opposite ways. Whole Foods says this is the product and experience but if you want it you have to hand over your cash (which is excatly the same as when we buy an iPod or an Innocent smoothie). Where as Ikea says this is the price but if you want it you have to put up with an experience engineered to require minimal effort on the part of the retailer. That’s why many people have too leave a period of years between Ikea expeditions – they are so drained by the process.
And that is what powerful brands deliver for businesses – a preparedness to endure something about the mix of price, service or quality that is anything other than optimal for the consumer. And in that preparedness to act irrationally is the potential for profit. Something that both Whole Foods Market (with twice the profit per square foot of any other US supermarket) and Ikea (despite recent UK wobbles) know alot about.

37 Replies to “A tale of two retail experiences”