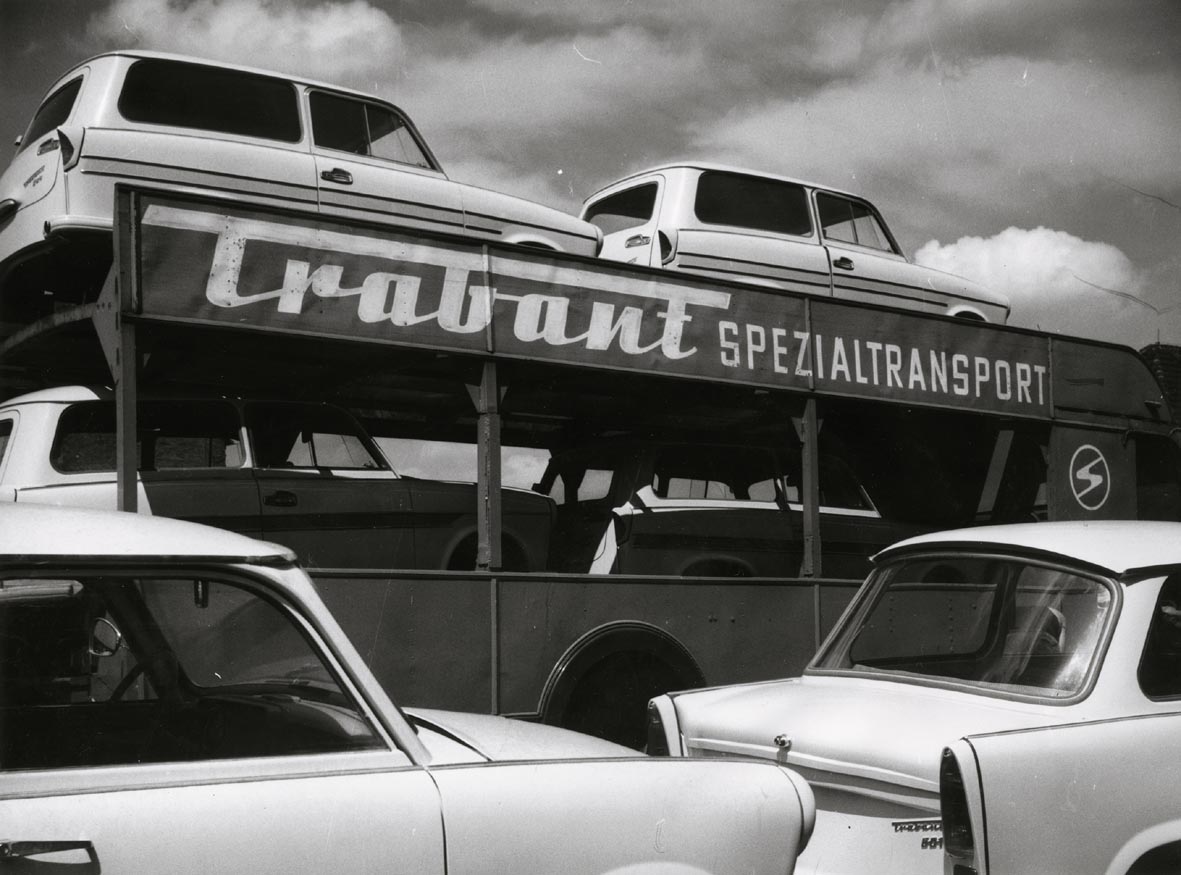 The Trabant – Boy it must have seemed like a great car to the good people of the DDR until someone knocked down the Berlin Wall.

I have started writing a regular column on advertising for New Media Age in the UK.

In this first article (which appeared on 26th July 2007) I comment on the way immediate and free access to the world’s creative product has destroyed the cockyness and self confidence of UK adland by showing us we no longer lead the world in this arena. In part I lay the blame on the sterility of the London agency landscape.

As the soothsayers of the digital world are so fond of predicting, the internet will be the death of advertising.
But not in the way that they think and much faster than any of them hoped.
In fact the internet has already delivered the greatest blow imaginable to our industry. It has shown us in graphic detail that we are no longer masters of the advertising universe.
More than this it has revealed that nations we had always assumed were incapable of turning out decent advertising might be rather better at it than us.
This has come as somewhat of a shock. As a country we may have lost our ability to actually make stuff, sold all our utilities to the French and can’ t play international sport for toffee but we always thought we led the world in the dark art of creative persuasion.
Hell, it was the one thing that we were better at than the Americans.
And the blame lies squarely at the door of the internet and You Tube in particular. Just as the fall of the Berlin Wall exposed the East Germans to the shortcomings of their beloved Trabant, the internet has forced us to concede that we are no longer the best in the world at something we had long prided ourselves.
For the first time we have free and immediate access to the best advertising on earth. Ads that are recommended, served up and debated by a global advertising community now welded together by its blogs, wiki’s and social networks. And the result is there is no longer a place for our insular complacency to hide.
Of course we had half suspected what was going on, as foreigners started to scoop up international advertising awards and consumer affection for what we do collapsed. It’s just that You Tube has rubbed this fall from creative grace in our faces.
And what explains our predicament? Well, like the decline of any great industry there are many factors at play.
But a significant issue is the sheer sterility of the London advertising scene, once so innovative, self assured and lets face it flamboyant.
Not only have we lost most our most interesting agencies from HHCL to Simons Palmer, closed or sucked up into monolithic networks by multiple mergers. But they are not being replaced
The dynamo of creativity and energy in our business – the creative hotshop – has all but disappeared. Sure, there have been new ad agencies in the last decade but there has been nothing since the foundation of Mother with the ambition or creative passion to keep the flame of UK creativity alive.
It is a dark day indeed when the agencies that are most loved and respected in London, Wieden’s and Fallon, are outposts of US networks.
Maybe the hotshop mantle has been passed to the digital agencies that seem to have some of the vision, creativity and swagger that was once the preserve of the ad agencies. Maybe it is to these organisations that we should be looking for our creative renaissance. May be. In the meantime the ad agencies are left to lick their wounds.
Without that pesky internet we could have gone on fooling ourselves that we were the global centre of excellence in commercial creativity. We could have continued to pat ourselves on the back and dole out our own self-referential creative awards, safe in our cosy bubble of self-delusion.
In destroying the most important ingredient for success in our business, that of un-bridled self-confidence, the internet has already delivered a fatal blow to UK advertising.

37 Replies to “An end to self delusion”