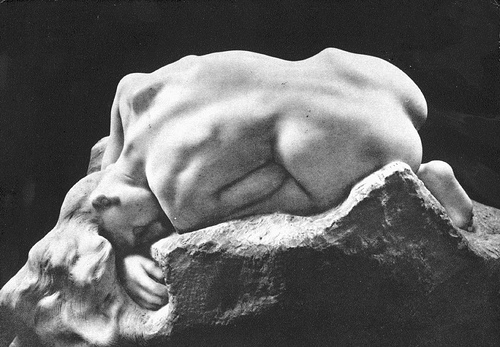 It is one of the least edifying characteristics of planning directors that they spend alot of time creating a new briefing format for the agency or network. It is what my old boss Jim Kelly would call “displacement activity”.

I don’t know about you but I have never liked briefing formats and forms. The theory goes that if you fill out all the boxes on the funky new template that someone has spent the last six months of the agency’s time putting together then you will miraculously end up with a brilliant brief. If only it was that easy.
I have always believed that filling out boxes on a brief reduces the process to something more akin to applying for a credit card and thus regarded the whole briefing form approach with utter derision. But some agencies seem to like it.
Fortunately neither of the places I have spent most of my career (AMV – the UK’s largest agency – and HHCL – for a long time the UK’s most interesting), had a briefing form. Both places felt that planners should write the right brief for the task in hand.
Lets face it we are all grown ups here and we can all write a brief without the help of some ridiculous form. I tend to write mine using a decidedly simple, decidedly old fashioned structure which I am minded to call the naked brief.
It is naked because the structure is so spare that it directs one’s attention to the quality of the thinking and away from the quality of the form.
And this is how it goes:
1. The role for communications. Look mum, no background. Background is usually an excuse to dump a load of stuff that is not important enough to get in the body of the brief but somehow seems like it might be relevant. My advice is to bin the background and get straight into the effect the activity is intended to create. The role should get to the absolute heart of the problem. And when you have nailed it it is still worth asking yourself ‘why’ a couple more times simply to get to right to the root of the task.
2. Target audience. This is the stuff about the audience that is absolutely relevant to the task. And don’t write it in a “Timothy and Samantha are both aged 24 and like to go out a lot, watch DVDs at home and have a very experimental attitude towards sex” unless you have actually met these people and you aren’t just making up some ghastly advertising targeting confection. This sort of trite story is the 21st century equivalent of telling the creative team that the audience are ABC1, Men and Women aged 25-44 – the square root of fuck all use.
3. Proposition. Call it what you will but this is what you are trying to communicate about the brand. Propositions work with the role for communications. The role for communications sets the challenge the work must meet and the proposition is the idea that we want to land about the brand.
4. Support. The stuff that convinces you that the thinking can be supported, will convince the creatives and ultimately will convince the consumer. This is not the repository of all knowable information on earth but the stuff that makes the thinking compelling.
5. Tone. Only if it makes the difference and you can elevate yourself above the cesspit of statements like “businesslike but not formal”. On Tango briefs I used to write that if the work wasn’t so funny that it made you piss blood then the work wasn’t right.
6. Requirements. What do we know we have to do. If it is prescriptive then tell the team what the media agency has already bought. If this is a campaign that can achieve its aims by any means necessary then keep it open.
7. Mandatories. This is not the place on the brief to get creative. It is the place to communicate the stuff that is non-negotiable.
8. Creative starters. Use this to road test your thinking and to open up the ambition of the brief. Ensure that a couple are media starters, and if the requirements are open guide the team about the nature of potential solutions – digital applications, events, promotional ideas – whatever it takes.
It’s as boring as hell but that is the point. Minimum time spent designing a funky new creative brief and maximum time spent on the thought or thinking that goes into them.