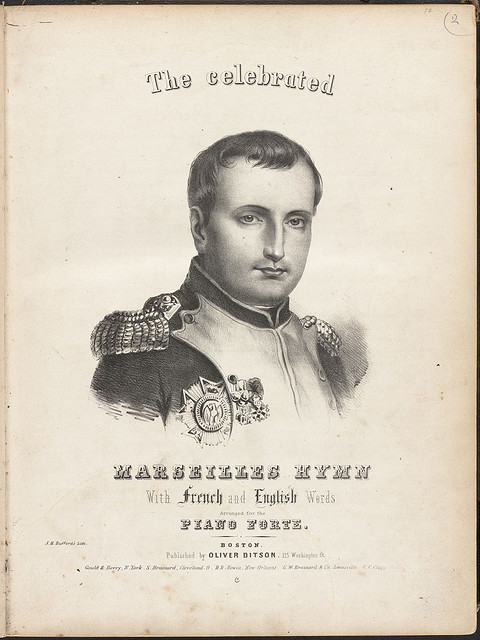 I was recently asked to talk about leadership. Now, those that know me might think this is a faintly ridiculous idea but there are a few tips on leadership that I have picked up along the way, that I use all the time in leading planning departments and agencies. So I thought I’d share these with you whether you are a leader or aspire to be and whether you work in planning, advertising of any other field.

When it comes to effective leadership I have eight rules or principles that I try to live and work by. Each I have learned from someone or from a particular experience, good or bad. So in each case you are going to get the principle and the person or circumstance I learned it from.
Here are the slides I use.

1. Leaders are dealers in hope
This little quote is from Napoleon but I found it rather bizarrely via the actress Sue Johnson, or rather her character Grace Foley in the BBC crime drama Waking the Dead. There, now we know what I do on a Sunday night.
I love this quote. While on face value it might be read as leaders are dealers in bullshit, its actually about our role in giving people hope and a sense that it is all worth while. When Churchill said to the people of Britain on November 10th 1942 “Now this is not the end. It is not even the beginning of the end. But it is, perhaps, the end of the beginning” he was doing precisely that – dealing in hope. Hope steeped in realism but hope nonetheless.
For god sake be transparent, for god sake never bullshit your people but remember you are a dealer in hope and a sense that whatever you require of them, that effort is worthwhile and with purpose.
2. Leaders should only do what only leaders can do
I learned this from a Guy called Kevin Duncan. Kevin is an ex adman and now prolific author on the subject of productivity. He taught me this in a talk about his book, Tick Achieve. I lapped up Tick Achieve because I am absolutely useless at getting things done and so this Janet and John guide to doing just that worked a treat.
The idea that leaders should only do what only leaders can do is a bit trite but boy is it useful. Whenever you are faced with the need to prioritise your workload or simply to slim it down recite this mantra to yourself and ensure that the tasks that are occupying your time are those that no one else in the organisation can deliver. If they are then ask yourself whether you wouldn’t be better picking up the phone and asking someone else to take on that challenge.
While this works well as a rule of thumb for delegation it also disciplines you against spending your time doing the things that you feel comfortable doing and hiding form the real challenges you must address. So go ahead and do what only you can do.
3. Be a master practitioner
I love Gordon Ramsey for all his manifest faults, abject arrogance and messed up businesses. And in particular I have always loved Gordon’s Kitchen Nightmares in which he marches into some hapless restaurant that is down on its luck and sorts the place out. He is naturally extremely confrontational in this process, much to the annoyance and discomfort of the owners. However, in most cases he does manage to win the restauranteur over to his approach and for one simple reason, he can cook. What I mean is that in the final instance any restaurant owner has to respect Gordon because no matter how arsy he is being he has a constellation of Michelin stars under his belt. Gordon’s prowess in the kitchen is and will always be his source of authenticity and authority.
So when it comes to leadership I strongly advocate that you keep your hand in at your craft skill and more than that you use any opportunity to show the people you lead that you got to where you are because you are bloody good at what you do. In other words you are a master practitioner at your trade and not some numpty that has got to the top without any discernable talent but simply a knack with corporate politics and climbing greasy poles.
4. Create respect, give love
I learned this the hard way from an episode in which I witnessed the leadership of someone under my care crash and burn and had to both figure it out and sort it out.
In an ideal world you would love and respect your people and your people would love and respect you. However, this is not necessary for effective leadership, its nice but not necessary. What is necessary is that your people respect you, in other words they believe that you hold the position you do because you are good at what you do. They do not need to love you, simply respect you. You need to take steps to ensure that people do respect you and by this I do not mean pulling rank or shouting at them, neither have the effect of building respect. By the same token the primary emotion you should feel for your people is not actually respect but love. You have to find a way to love all of the people you are responsible for leading no matter how tough this feels sometimes. Yes even the ones that are a pain in the arse or who want your job.
If they don’t respect you and you don’t love them, I’m afraid your leadership is history. Many an Arab Dictator might be well to remember this.

5. Energy and commitment trump ability anyday
I leaned this in the first year of taking up the position if Director of Strategy at Saatchi & Saatchi. We were put in as a new management team to turn the agency’s fortunes around and restore its creative birthright.
As a planner from a maverick tradition and having spent a decade at HHCL, I was convinced that my contribution to my new home would be intellectual. I would descend and bestow my contrarian strategic approach on the planning culture and the agency at large. Planners would become more edgy and intellectually dangerous by taking my lead.
The truth was this was not the greatest contribution I made to the agency. Or even one of my main contributions. My contribution had a lot more to do with shoe leather, lots of espresso and a shed full of expletives.
Walk the floor every opportunity you get in the day. Exude energy and enthusiasm, flirt, take the piss out of yourself, swear, a lot, dance, pick up people’s concerns, ask them how they are and what they are wresting with, get reminded about the stuff you promised to do for them but have forgotten about. You know that kind of thing.
When it comes to leadership I believe that your energy and enthusiasm is often a more important contribution than the contents of your brain.
6. Remember the workers plea

Avid readers of adliterate will remember the workers plea, the piece of paper my father carried around in his wallet for thirty years.
I’m not too sure where he got hold of it but it articulates five basic requests from employees of their bosses. In truth this might be better in a post on management rather than leadership but its clear that people are far more willing to be led if they feel that they are being looked after and looked out for. And that’s what the worker’s plea is all about – being clear what it is you want from and giving them the opportunities and resources to deliver this.
At the time I got alot of comments (ah those were the days) from people in the US accusing me of spreading communist propaganda. You don’t often get that if you work in advertising.
7. Titles don’t mean shit
I worked for Steve Henry for a very long time. One of the greatest British copywriters of all time and thoroughly nice bloke, Steve was the co-founder of HHCL, my cultural home for a decade. One of the things that marked HHCL apart from other agencies then and now was the absolute loathing of hierarchy that was baked into the walls at the place. Anyone seeking status symbols to mark their career progress was well advised to give HHCL a wide birth as there were quite literally no perks to that job but for creating some of the most notable and important advertising on the late 20 Century. There were virtually no titles and no ladder to climb so that the only way that you got ahead was to consistently produce the work that the agency loved. In other words you were known for your work and not your title.
Unfortunately in most agencies and organisations in general the pursuit of status is almost toxic. It’s toxic for the people that have to endure status seekers and actually quite toxic for those individuals that pursue it. Status puts distance between people and intimidates those who you really need to be bounding up to you on a regular basis, feeding you with ideas and letting you know what is going on.
I’m not saying you should tear up your business card, titles can be important for you, your people and the outsiders that you meet. But for fuck sake don’t let it go to your head. Insist you are respected for your work and not your position and find ways to sacrifice some of the trappings of your position.
8. Don’t just enjoy your work, enjoy their work
Finally my absolute favourite thought and practice. I learned this from the conductor Itay Talgem in his TED talk in 2009. His view is that the best conductors are co-creating the performance with the orchestra, neither dominating them nor absenting themselves from the occasion with a few perfunctory waves of the baton. What this means in the moment of the performance is that that orchestra is not necessarily being led (much of that work having been done in rehearsals) but being encouraged.
For me this boils down to showing people that you enjoy the work that they are doing and producing. In our world this is more common for creative teams who enjoy a more direct response to their work. But it should apply equally to the other people in an organisation. Next time someone finishes presenting try telling them that you really enjoyed their presentation rather than simply that you thought it was good. Same for a good brief or a great contribution in a meeting.
That’s eight top tips and that’s your lot. Do I practice what I preach? Well I try.