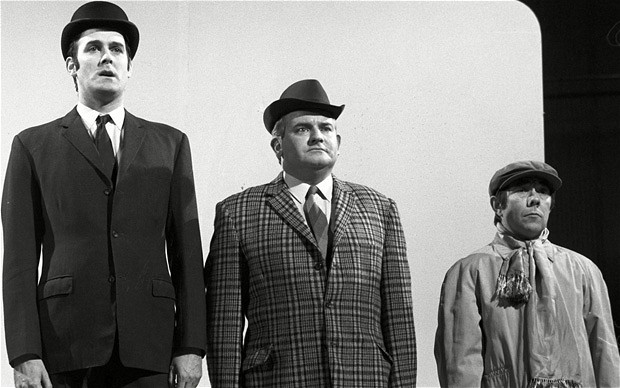 For a time of loving and giving this Christmas saw a bloodbath in British supermarket retailing. As retailer after retailer reported their fourth quarter trading figures we have become used to the sight of a shamefaced chief executive mounting the podium to rustle up this excuse or that about why they haven’t met analysts’ expectations or their own projections. Weather is always a favourite.

And of course there are many factors at play that are compromising the success of the large retailers. For one thing they are reaching capacity ceilings that make it difficult to grow physically. While our shopping habits are slowly changing in ways that compromise the appeal of large out of town retail experiences. And obviously online retail is taking huge volume and value from those that haven’t sorted out their multichannel strategy.

However, the problem with blanket explanations is that they rather undermined by the simple fact that some retailers are having an absolute ball out there. It’s not just that one or two are keeping their heads above the parapet – they are knocking it out of the fucking park.

And when it comes to food retailing the darlings of the hour are the unlikely bedfellows of Aldi and Waitrose. On first sights they sit at polar opposites of the value spectrum, the first is the most successful of the German discounters that arrived in the UK a few decades ago but stayed dormant in the affections of the British shopper for years. The second has similarly emerged from the shadows, albeit that it was a firm, if dusty fixture on the high street of well healed market town. On second glance to me there is something remarkably similar about their success.

The conventional reading of this situation is about the flight of customers from the muddy middle ground. In other words people are either seeking more for less or more for more when it comes to food or any other type of shopping. However, I believe that you can’t really understand British supermarket retailing without understanding something equally British – class.

For all their ubiquity our big supermarkets all have provenance, they come from somewhere, they have a heartland. The southern brands, and those with traditionally more middle class acceptance are Sainsbury’s (London), Waitrose (London), Tesco (home counties) and Marks & Spencer (London). Whereas the northern brands and those with a traditionally more working class appeal are Asda (Leeds), Morrisons (Bradford) and Iceland (North Wales). While today virtually every brand is everywhere, geography and class have had a big hand in the make up of each supermarket’s customer base. If you are not British this may sound ridiculous but our supermarket brand’s appeal is about the badge they provide us with and whether or not we identify with the other shoppers.

Value, service and quality are what the retailers tell us differentiate each supermarket but the reality is that these are secondary to how happy you feel shopping each brand. And the rigid stratification of our supermarket brands along class lines (almost like the classic Cleese, Barker and Corbett sketch) I think offers an interesting explanation for the success of Aldi and Waitrose.
In a sea of domestic and ancient British brands Aldi is a newcomer and an outsider. It may have huge heritage in its native Germany but Aldi only arrived on these shores in the mid 1980s and arrived without the class baggage of the other supermarkets. It also arrived with a slightly different business model in which it offers deep discounts on products that are similar but less familiar to the household brands we hold so dear in the UK. So Aldi is an outsider doing something very different to the rest of the market – comparing its prices against itself (i.e. comparing tertiary brands with household brands) where the rest of the market compares supermarket with supermarket.

And this has given it a classless profile. Sure it needed an external event like the economic downturn to kick start it appeal but once thrift became both necessary and fashionable Aldi was poised to take a hatchet to the market share of virtually every other supermarket. In many ways this makes Aldi the Ikea of food retailing. Ikea enjoys a classless appeal because it is an outsider unaware of a class system that points some to DFS, some to John Lewis, some to Habitat and some to retailers like Heals. And it amplifies this outsider persona with a business model at odds with the rest of the market and delivers stunning value. Just as everyone is happy shopping at Ikea, everyone is happy shopping at Aldi, all believing that they are being smart rather than slumming it with the hoi poloi.

Waitrose is a different story albeit still resolutely about class. To paraphrase a great Robin Willians gag about cocaine, it used to be the case that shopping at Waitrose was God’s way of telling you that you had too much money. This is no longer the case, sure you can spend a small mortgage in there it you want but its prices are matched to Tesco on the bog standard stuff and a value range has made shopping at Waitrose far more legitimate in this climate than it might have been. No, what Waitrose has engineered is turning a largely forgotten outpost of the John Lewis empire into the most potent signal of social mobility. In the latter quarter of the twentieth century this role was provided by Mark & Spencer, when to shop at M&S was to declare yourself part of the aspirational middle class, much like home and share ownership or holidaying in Tuscany. Waitrose’s gain has been M&S’s loss as the former has replaced the latter as the totem of aspiration – to shop at Waitrose today, even from the essentials range, its to declare that your family is moving upwards undaunted by the economic crisis that surrounds us.

Aldi succeeds because people from across the class spectrum see it as a smart and classless way to control the family budget and Waitrose wins because it is seen at the best way to show how far you have come despite everything going on around you. While the rest fight it out over the mushy middle according to the class inheritance bequeathed to them by their past.

5 Replies to “Supermarket success – it’s a question of class”