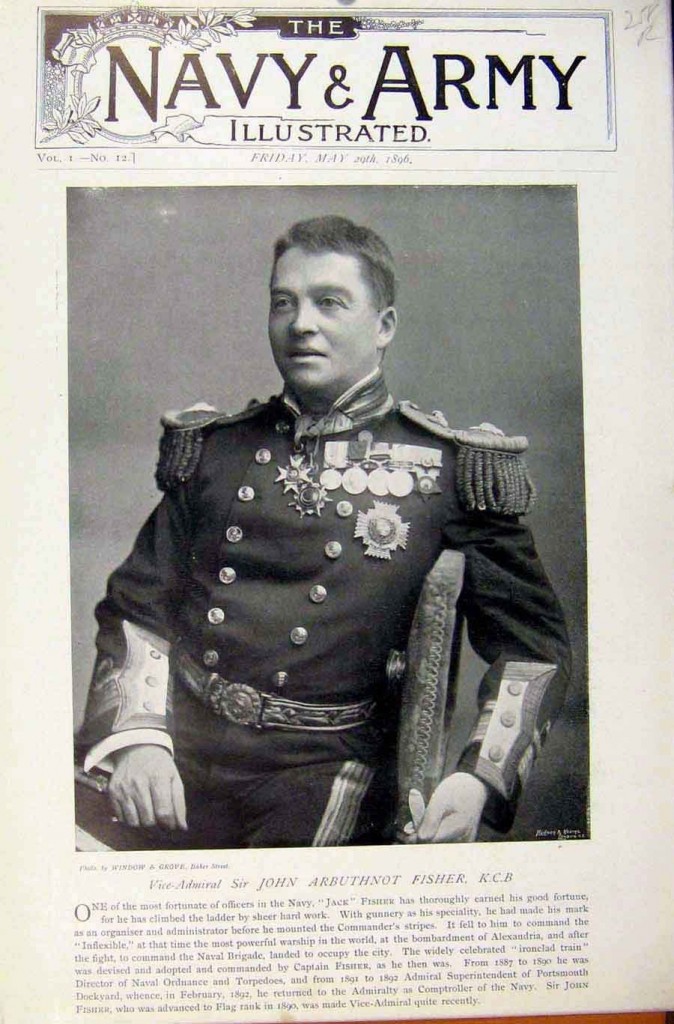 The first recorded use of the acronym OMG doesn’t appear in a text from an over enthusiastic adolescent but in a letter from a crusty old sea lord to a future Prime Minister.

In 1917 Winston Churchill, then Minister of Munitions, received correspondence from John Arbuthnot Fischer complaining about the progress of the war at sea and damning the high command of the British Navy. In it he suggests that the honour of OBE (Order of the British Empire)  be replaced by that of OMG and that the Admiralty be showered with this accolade in recognition of, as Fischer saw it, the poor performance of the Navy.

That any of us knows this is thanks to the planning-porn book of the year ‘Letters of Note’ by Shaun Usher, a compendium of letters from the great, the good and the very bad to each other and mere mortals like you and me.

However, for all the trivia points of finding out the origins of the SMS age’s favourite acronym it is the postscript on Fischer’s missive that I found most interesting. At the bottom of the letter this former Admiral adds “P.S. – In War you want ”SURPRISE”. To beget ”SURPRISE” want “IMAGINATION”  to go to bed with “AUDACITY”.

One of the ideas that has most fallen out of fashion in the face of new age marketing has been the metaphor of war. Its use is still reasonably endemic – we talk about penetration, campaigns, winning share, positioning, and the like but its all terribly unfashionable. The dogma of new age marketing whose genesis we can clearly see in the Cluetrain Manifesto, has created a culture in which we are supposed to stroke people into having ‘relationships’ with brands on an on going basis not launch a full frontal assault on them until they buy our products.

While this nicey-nicey approach feels altogether more comfortable it does rather avoid the reality of business and marketing in which most brands and most categories involve zero sum games where any success is utterly dependent on another businesses’ failure. And even where a category exists in which there is more than enough new custom to go around it is always the case that those businesses will be fighting for a share of the customers’ wallet against the other things they could be doing with their money.

No matter how much it might upset the new age marketing sensibilities that we have been wallowing in for the past decade, the truth is that business is war. Or at the very least business is an on going battle and it doesn’t help any of us to simply imagine that all you really have to do is create a fantastic product and do something funky in social media and bob’s you uncle you get to IPO the thing for eleventy-million dollars. When people obsess about the way in which the web’s most potent businesses have been built they usually forget that the fucking things are free to use.

And if it is a war then surprise is and must be the order of the day. Here is my second issue with the state of marketing and advertising today. When was anybody last remotely interested in surprise, in stealing a march on the competition by moving first, out flanking or out positioning them? Marketers at the moment seem absolutely intent on ensuring that their brands do exactly what is expected of them.  Attribution and branding are always more commonly talked about ideas when it comes to reviewing thinking and creative work than the extent that the idea is going to stick it to the competition, indeed I can’t remember the last time someone on either side of the client/agency relationship salivated at the thought of the damage a campaign was about to do to the people that are after their lunch. Sure marketers like innovation but not really as a competitive weapon more as ‘new news’ that keeps the relationship with the customer fresh. Where are the cunning plans that people enthuse about not because they are ‘cool’ but because they are really going to fuck with the competition? To use and perhaps abuse Dave Trott’s phrase, where is the predatory thinking?

We need to restore surprise to its rightful position in the armoury of marketing and the enthusiasms of marketers. And if we accept this then we could do worse, both creatively and strategically, than to take the advice of an old sea dog and make imagination and audacity get jiggy with each other, something that is woefully absent in contemporary marketing.

5 Replies to “In defence of war”