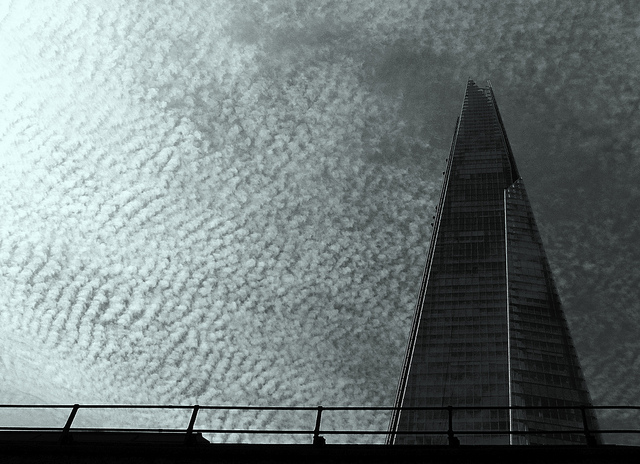 Separatism appears to be the flavour of the month in the UK. The SNP can’t bear to be British, UKIP can’t bear to be European and the BNP can’t bear to be anywhere near their fellow countrymen and women. But if you are hell bent on separatism why choose the nation state? If there is any case for separation right now it is the separation of London from the rest of the United Kingdom rather than Scotland from England, Wales and Northern Ireland.

I grew up in a Britain that was profoundly split by what we called the north south divide. This notional division tracing a line from the Seven Estuary to the Wash north of East Anglia had evolved from the industrial revolution onwards. By the time the 1980s rolled around this division was evident in almost every aspect of British life, most notably its politics. While the South was eternally Conservative (with both a small and large C), the North was home to the Labour movement and radical and progressive politics

However for all its enduring cultural resonance I am increasingly convinced that the fundamental schism in the UK is now no longer between North and South but between London and Not London.

I have just completed significant new quantitative research on British Mums to be presented at Mumstock 2014 and one of the most striking outcomes of this study is the way that attitudes within London are so markedly different to the rest of the UK. In other words if we can divide British people’s approach to many things in life according to class, education, income, ethnicity and gender now we need to consider whether they live in London or not. I believe that this has profound implications for many aspects of life, not least marketing.

Marketers increasingly need to consider how to address London separately from the rest of the UK. With a Metropolitan area population (the catchment that provides London’s daily workforce) that comprises one quarter of England and an actual urban population that at eight million is bigger than Scotland and Wales combined, London is a market in its own right.

A market that is far more likely to be non-white, born outside the UK, educated to degree level. Gay or Lesbian, mixed race, poor and super rich than anywhere else. A market that is global in outlook and liberal in instinct, with the 5th highest metropolitan GDP on earth and remains the most attractive city for the globe’s affluent to live.

To put it bluntly London no longer resembles the rest of Great Britain. London is more like the Capitol of Panem in the Hunger Games than the capital city of the United Kingdom.

Indeed if the Scots vote to leave Britain in September (and the polls are dramatically narrowing in favour of separation) I suspect one unpredictable consequence will be a London that increasingly seeks its own path away from the rest of the UK. Perhaps one day existing as an independent city state within the EU, closer to Sao Paulo or New York than Manchester or Edinburgh. In the meantime it is high time that every marketer started to consid their strategy for London.