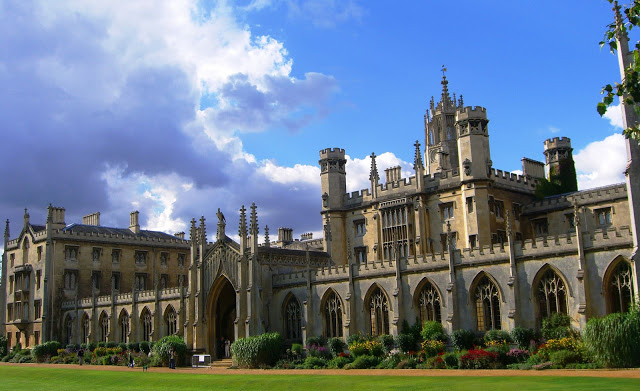 I went to a very nice industry do recently full of some really smart people taking about youth, including the wonderful Shaun Bailey. For some reason the conversation got onto what the advertising business is doing for young people given the appalling levels of youth unemployment in the UK. And two things really pissed me off.

The first was the level of utter complacency amongst the agencies present, all of whom patted themselves on the back about the bits and bobs they are doing with the odd school in Hackney. The other was the commonly voiced opinion that there are too many people from Oxbridge in the business.

Now I admit I am not entirely neutral on this subject as I went to St John’s College Cambridge and I am proud to have got there from what the Government so lovingly describes as a “bog standard comprehensive”. So this point of view is preordained to wind me up.

Don’t get me wrong. I have nothing against people that went to other universities, there is room for us all. But you can fuck off if you want to publicly nurse the colossal chip on your shoulder by slagging of people that did well in their A Levels. After all I don’t march around industry conferences whinging that there are too many people from Edinburgh or Manchester in advertising.

No, the problem is not that there are too many people from Oxbridge in advertising. The problem is that there are so few people in our business with different backgrounds, experiences and stories to tell and this is a far more systemic issue. If we really wanted to do something about this we would stop the arsey anti-Oxbridge back-chat and properly engage with the problem.

We would do something to challenge the ‘poverty of aspiration’ of many young people. It needs to be clearer that jobs in the media and creative industries abound and that the popular culture that surrounds them is delivered by millions of people in a huge variety of roles.

We have  to restore or create more ways of getting a break in the industry. Organisations like Commercial Break and the Ideas Foundation are amazing but there was a time that graduate recruitment was not the only way in and there were a plethora or starting jobs for young people. Advertising used to be full of people that had worked their way up from the post room, secretarial and running jobs but this route has been choked off by technology.

We need to use the intern system to provide breaks for less privileged talent to join the business rather than to curry favour with clients by offering these positions to their nephews and nieces. And to this end they all have to be paid.

We have to engage with the problem that kids without rich parents find going to a decent university hideously expensive full stop. I got to go to Cambridge because my council paid all the tuition fees and gave me a grant so I left with absolutely no debt. The system I enjoyed has been systematically destroyed.

And finally Oxford and Cambridge have to pull their weight too. The debate over admissions has been going on far too long. They have to sort out the issue that while 7% of the population go to private schools, 40% of their admissions come from the independent sector. If this does not change and fast sanctions need to be applied, I favour excluding candidates from private schools for a decade – but this may be too rich for your blood.

There is a lot of well meaning rhetoric in this business but very little real action beyond the tokenistic and totemic. The last time the make up of this industry changed in any significant way was in the 1960 with the influx of art school educated working class creatives and that is half a century ago.

18 Replies to “Oxbridge is not the problem”