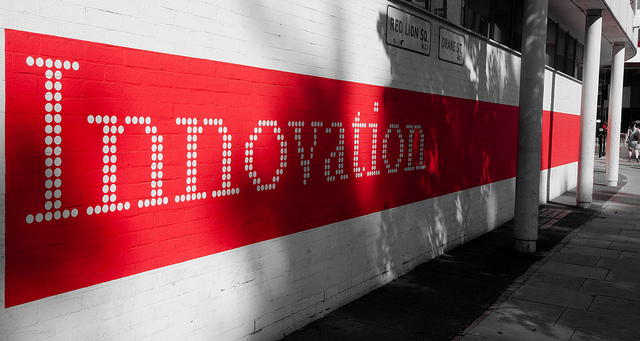 Why did Facebook acquire WhatsApp for $19bn? For the same reason dog’s lick their balls, because they can. There are few organisations on earth that could rustle up $19bn dollars (mainly in cash) for anything let alone a service that at a maximum can only be turning over $450m a year and Facebook is one of them.

However, it is also clear that Facebook needed to acquire WhatsApp, having failed in its acquisition of Snapchat. Not to bolster the appeal or functionality of the lumbering beast that is Facebook itself but to diversify its portfolio of brands and sources of revenue. It is perhaps the closest thing Facebook is going to come to an admission that there is life after sharing cat videos, especially for those youngsters that are beginning to avoid the world’s favourite social media service.

You see Facebook maybe adept at tinkering with its own algorithm but like so many other businesses its clearly not that great at home grown innovation. It is just lucky that, much with its previous acquisition of Instagram, Facebook has the money and power to buy in this quality, albeit from someone that they had previously turn down as an employee.

Which rather begs the question, why organisations as rich and technologically savvy as Facebook are poor at the innovation that is critical to the sustained commercial success? It is a sad truism that business revolutionaries rarely have energy or imagination to revolutionise themselves – an observation I first heard made about Anita Roddick and the Bodyshop. In other words, even those that change the very fabric of human exchange with a brilliant business idea usually fail to transform their product or their business model at any time in their subsequent lifetime. Without a doubt Jobs era Apple proved the exception to this rule but for every Apple there are a million companies that couldn’t innovate their way out of a paper bag. Companies that will realise too late that the assumptions their business model was based upon have crumbled into dust.

Of course it shouldn’t be like this, in every organisation you come across people that given the latitude, have the vision and ideas to challenge the status quo and turn the accepted business model on its head. But that so rarely happens because of the profound category and organisational orthodoxies that calcify innovation in most companies. Companies force their best and brightest out to start up on their own (where the barriers to entry aren’t crippling) rather than harness this imagination internally.

And this is the real irony of Facebook rejecting Brian Acton (the WhatsApp co-founder) for a job back in 2009. Sure there is an outside possibility that they might have saved themselves a whole heap of cash by putting him on the payroll. But what is more likely is that had he been an employee of Facebook, no such innovation would now exist.