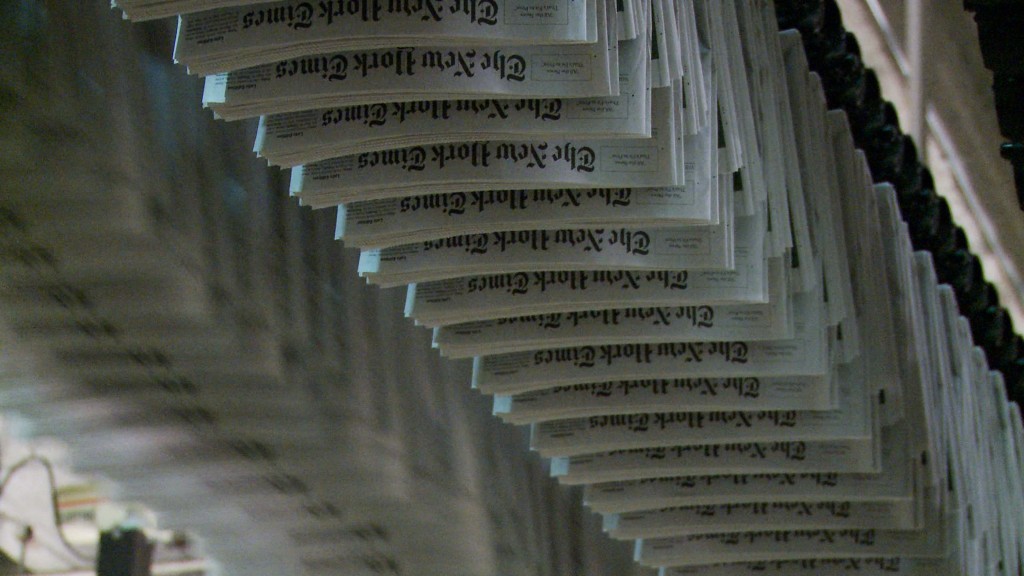 The closure of the Independent’s print edition at the end of March and the decision of its publishers to make it an online only news brand feels like yet another step in the inexorable decline of print journalism.

And yet this Monday sees the launch of The New Day, the first new standalone newspaper in 30 years. The New Day will be a mid-market title, 40 pages long, containing a restricted number of ads and will settle at a cover price of 50p. Importantly there will be no website or online version of the paper but it will use social media to drive momentum.

This seemly insane decision is based on a hunch. But it’s a pretty interesting hunch. It holds that the problem with print journalism is not the print, it’s the journalism. The New Day’s publisher Trinity Mirror maintain that a substantial number of people in the UK don’t buy a newspaper because there isn’t a product for them rather than because they don’t like the print format. Where others have sought to use more ‘modern’ channels in which to deliver their journalism, The New Day have chosen to use more ‘modern’ journalism.

I find this fascinating because in all the constant bleating about the difficultly of getting people to pay for quality journalism I have once never heard a news title suggest they may have got the product wrong. All of a sudden the decision of the Independent seems the old fashioned one and that of The New Day seems rather enlightened, appropriate given its name.

I suspect that advertisers will lap up the new title. The key audience they are targeting are highly lucrative and difficult to reach women that are hyper connected to digital media but underserved by news brands in any format. Here is a way of reaching them with no fear of ad blocking and in an editorial context perfect for brand building.

Ah yes context. Do you remember when we thought that the context was an essential component of advertising success? It spawned a whole discipline of qualitative media planning that shriveled up on the vine as soon as programmatic moved its tanks onto the media lawn.

The old argument was that the medium was as important as the message and so the context in which advertising was delivered mattered when it came to brand image, audience receptivity and likelihood to take action. It was a moment in time when media was seen as more than simply a pipe to deliver advertising to a target and seek a low cost response, it was a time in which media mattered.

These days clients have ceased to care in what media their advertising appears, they don’t care and they don’t know. They buy media by weight from massive ad networks that dump their advertising into digital media willy-nilly with little care to the potency of media context. Dumb ass behavioural targeting has won the day over a more sensitive appreciation of media brand, audience relationship, media experience and advertising consent.

And it’s not like anyone is winning. Consumers are in revolt over irritation, intrusion and questionable morality of bottom feeding advertising. Advertisers are being screwed by fraud and by the hollow promises of the ad tech industry. And publishers are seeing the great hope of digital advertising revenue disappear down a toilet of their own making.

Now The New Day may prove to be an absolute crock of shit but it may serve a purpose. And that is to suggest a new way forward for news brands.

And for me that’s all about context, about saying that we still belive that the media matters.

Quality news brands should be quality advertising environments. When they were the only newsworthy and timely media it was fine to use them for tactical and newsworthy communication but that boat sailed two decades ago. Advertising in news brands should be about longer-term brand building that offers premium real estate to advertisers that understand and seek the audience mindset, consumer experience and brand values delivered by the host medium. This requires wholesale changes in the relationship between editorial and advertising, not to blur the line between the two but to exploit the mutually reinforcing relationship that they should be building.

Either that or we continue down a path in which news brands provide a commodity product that delivers a commodity audience to be bought and sold at commodity rates. And that doesn’t seem good news for any of us.

3 Replies to “The media matters”