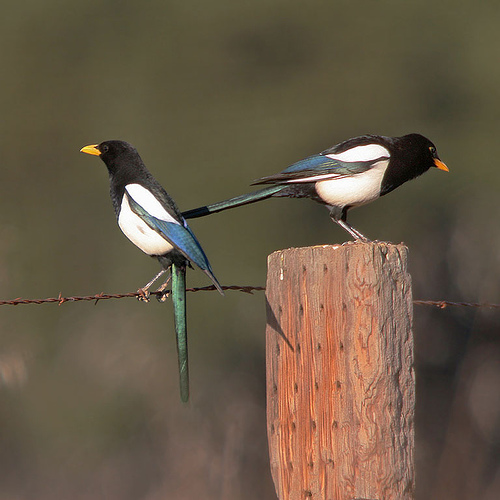 There is only one creature more obsesssed with shiny new things than the marketing community. Image courtesy of Amkhosla.

At the Future Marketing Summit I talked about the way people in marketing exhibit acute neophilia – a love of the new.

This is all well and good, but a the result of this is that we charge in to new places, spaces and technologies without the slightest idea of what the rules are, whether they add value to our client’s business or critically whether we are invited.

And then we get bored and forget about it transfixed by the next new thing.

And what happens is we over estimate the short term impact of new things and underestimate their long term impact (e-commerce, PVRs, web 2.0, social media, China and the like). Incidentally Ray Amara calls this behaviour the first law of technology.

And one of the things I worry that we got bored of and which could have had a far more significant impact on real people, is ethnicity.

Time was that advertising was held up as a paragon of virtue when it came to the representation of ethnic diversity, particularly in the UK. Only five years ago ad people couldn’t move without being invited to ethnicity forums to talk about the way in which advertising was helping to mainstream diversity.
It was all a bit bemusing because we weren’t really used to being the good guys. Remember this was shortly after the less scrupulous people in the business had desperately tried to preserve the right to advertise tobacco and this had cast a shadow over the ethics of the entire industry, and still does.
But five years ago it felt like real progress was being made, specifically in the casting of non-white artists in principle roles.
In part this was because a number of agencies at that time (like HHCL and St Lukes) had strong liberal agendas. HHCL even won an award from the Commission for Racial Equality for its ‘token black man’ ad for egg, the online bank.
Sure there were still issues and inconsistencies. Ethnic casting was getting better but decisions over ethnicity were taken in pre-production so scripts weren’t written about the lives or experiences of black or Asian Britons. At HHCL we caused a stir with our ‘arguing Asian couple’ ad for AA Insurance, but the truth was that the decision to make the couple Asian was taken quite a long way down the line. Much of this was because of the ethnicity of people working in advertising which is catastrophically unrepresentative of the population.
And we have to admit that egg and the AA were exceptions in the normaility of the products. Ethicity was a category specific issue and you were much more likely to see non-white people in ads for trainers or sports drinks than for cars or washing up liquid.
Then the pace of progress slowed to a halt. If you look at our screens these days you’d still get the impression that Britain was a white country, even in London where a third of the population are not white.
It’s as if we all just got bored and something else new and shiny caught our attention. For some reason we are far more interested in whether our brand has a store in Second Life or its sodding carbon footprint of than whether its communications recognise the diversity of its customer base. Few clients have a grip on the ethnicity of their customers, research is still done mainly amongst white people (because white recruiters like recruiting white people), ads are almost always created by white people and 99 times out of a hundred they feature white people.
As a result Ad Britain looks far too much like the 1950s. All we are left with are ill conceived parodies of black Britain like the ghastly work for Trident chewing gum, thankfully now banned by the ASA.