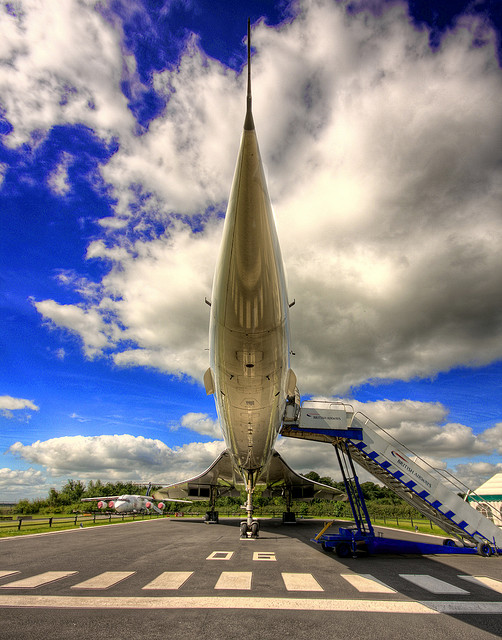 I have just finished reading Creative Mischief by Dave Trott. I think its really rather good. He is a first rate storyteller with a no nonsense approach to business, brands and communication. He reminds us that we can get too obsessed with the new and newfangled and bypass common sense – you could read a load of stuff on neuroscience or simply remember that when selling its quite a good idea to create desire and give people permission to buy.

Anyway one of the chapters – they are actually more like blog posts and probably were – is about the way in creative awards juries everyone is so subjective about the work. You either love it or hate it and no reason need really be given why. Trott complains that this is hardly a professional way to respond to the output of the industry. Its fine for normal people to think stuff is great or shit but not practitioners. We need to have a more objective and measured approach to critiquing work.
Which brings me to the new BA campaign – to fly to serve – by BBH.

I literally can find no one on this good earth that has a kind word to say about this work. I suspect that it hasn’t been turkeyed by Campaign magazine only because that’s very much against protocol where BBH are concerned – it would be like swearing in front of the Queen. Everyone thinks this work is shit. Shit idea, shit production values, shit VO from the Mastercard bloke that used to be in This Life and shit music.
Well I think this response smacks just exactly of the lack of professionalism of which Mr Trott speaks. Because it’s not shit, this campaign is precisely what the brand needed. Don’t get me wrong, it would have been better if this work had been made with any sort of executional panache but that alone doesn’t make it he wrong thing to have done.
Putting the BA pilots on a pedestal and invoking the power of the motto ‘to fly to serve’ is exactly the right approach. This after all is a brand struggling to elevate itself above the competition (or maybe even approach their altitude) that has suffered from a gruesome industrial relations episode and is up against the likes of Virgin at the cheeky chappy end of things and Emirates on the ring-a-ding bling end of things.
You see if I was having a go at the BA problem I’d start with the idea that Britain is no longer proud of BA, that its broken that bond and needs to get it back. Starting a journey on the back of the pilots feels like a smart way to go about this – assuming that there are some real changes afoot at the airline.
Indeed at a push I might almost call the campaign a 4th Emergency service kind of approach to positioning the airline. Because making successful work is not just about the pretty pictures, shock horror, its also about the means by which people change their behaviour in a category and that’s not down to executional prowess.
All of which puts me in mind of a little trick that the ex-HHCL planner Dave O’Hanlon taught me. I know I have talked about this before but it remains very handy in these situations. When you come across work that you hate, imagine that someone then pipes up that it is working brilliantly and then work out why on earth this might be given you dislike it so much.
Now that’s the kind of professionalism that even Trotty might appreciate.