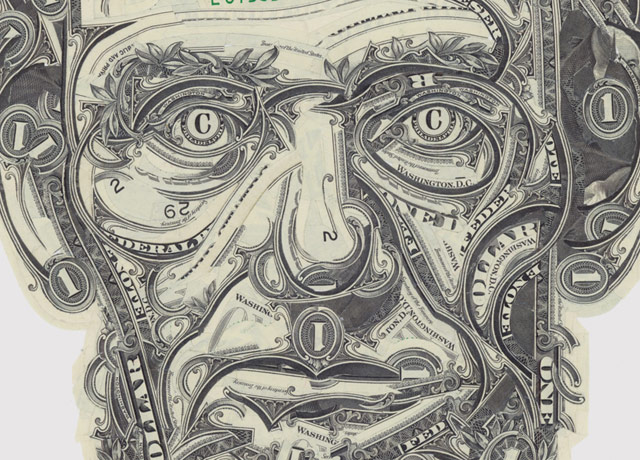 The well off and wealthy may not take up much bandwidth as you dash out another digital banner on two-for-one sun cream but the plain fact is that they are a critical audience for brands looking to find growth in a sea of stagnation. You don’t need to be Jaguar, Land Rover or Burberry to realize that the affluent matter.

Yet when it comes to empathising and engaging with the affluent our industry looks more than a little shabby. Any consideration of the advertising excreted in the direction of the well off suggests that we have all had a collective creative lobotomy. You know the kind of thing – stock photography of businessmen high-fiving each other, vacuous euro-trash women walking through Dubai shopping malls festooned with shopping bags, or financial ads with impenetrable language that passes as English about subjects like ‘diversifying your asset portfolio’.

Much of this failure has to do with the picture we carry around in our minds about the wealthy. So as part of the re-launch of HSBC Premier we set out to understand and construct a picture of contemporary affluence around the World.

Our Global Affluent Tribe study investigated the changing nature of wealth and the way that affluent people think about their money, their life, the world and much else in between. The results have driven our work on HSBC Premier from the positioning around people’s Personal Economy to the branches, and most recently the jet bridges in Heathrow’s brand new Terminal Two.

This study reveals a picture of contemporary affluence somewhat at odds with the one-dimensional clichés that Adland carries about in its mind and that pollute its work.

One of the most significant myths that we seem to hold to be true is that affluent people’s wealth comes from corporate careers, from the boardroom or the trading floor. But anyone in advertising knows that working for the man only takes you so far, for real wealth you need to have created something. The truly affluent are increasingly likely to be have taken a different and more unusual route to success, to be more entrepreneurial, creative and youthful. Think Dr Dre rather than Warren Buffet and please no more people in suits.

2. Women are the future of wealth

When imagining the rich our blind spot is invariably women. We talk to men, we talk about men and we feature men in our work. This is a catastrophic mistake at a time when women hold the key to the globe’s economic health at all levels of society and most specifically amongst the very rich. While only 10% of Forbes’ Billionaires list are women that number has doubled in the last 2 years and by 2025 65% of Britain’s private wealth will be in the hands of women according to the Centre for Economics and Business Research. Misogyny of any description has no place in picturing contemporary affluence.

Of course people with money care about the money but the idea that increasing wealth correlates with an increasing interest in managing money is entirely erroneous. If people are wealthy it is because they are successful and successful people would far rather spend their time pursing that success and enjoying it rather than dicking around sorting out their finances or heaven forbid ‘diversifying their asset portfolio’.

The route to a wealthy person’s heart is through that heart and not through their wallet. The things that rich people care about are not the yachts and fast cars of our imagining but their families, who are often the inspiration, support and the beneficiaries of their success. Not to mention their homes, their passions and the experiences they want to have. Chase the money and you will fail to connect, chase the driving force behind it and you might just begin a dialogue.

Capgemini also report that 23% of HNWIs around the World say charity is one of their top 3 spending priorities while 60% say that making a positive social impact is important to them. Legacy used to mean the money that you passed on to your kids, it now means the mark that you make on the world and the values that you leave behind. And while it is still the case that the newly rich value a more conspicuous approach to consumption this is changing very fast. 91% of HNWIs in India believe that it’s important for them to give time and money to others, not quite the ostentatious cliché that populates our conversations about the rich in fast growing economies.

Ah yes cliché. One of the great battles for a planner is fighting the myths and orthodoxies that grow rampant and unchecked in the collective minds of clients and agencies alike. What was once a revelation, a new perspective on an audience becomes in time a shallow and redundant cliché. Our Global Affluence Tribe study is a nattempt to paint a new picture of affluence and unseat the orthodoxies around the wealthy and audience changing as fast and profoundly as any other. Not just to in order to better understand this audience but also to give creatives new and more interesting places to start the conversation. Now, back to the two-for-one sun cream ads.

A version of this post was first published by Campaign Magazine