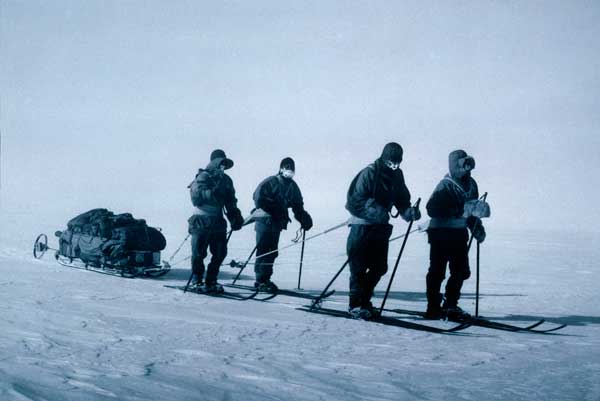 Ask most secondary school aged kids how to prevent scurvy, a disease they will have had little contact with and they will tell you, with Vitamin C.

The use of ascorbic acid, or at least citrus fruit that have high levels of one of the few vitamins our bodies don’t manufacture, has been known for centuries.

In 1747 James Lind undertook one of the very first-ever clinical trials in which he proved the power of citrus fruit in curing sailors of scurvy. And from the late 18th Century it became routine for British sailors to be administered lemon juice while at sea.

But something weird happened at the end of the 19th and in the early 20th century. We forgot this.

When Scott attempted his ill-fated expedition to the South Pole between 1911 and 1912 the presence of scurvy was all too real in his men. Many fell ill to a disease that had been effectively cured over 100 years before. This on an expedition fuelled by the latest scientific thinking.

Science had forgotten how to cure scurvy, blinded by a whole host of new and fashionable thinking particularly a belief that the cause was rotten meat. It took until 1932 for Vitamin C to be clearly identified and nutrition put back on the front foot when it came to scurvy.

This story seems beyond belief. That a simple truth identified (if perhaps not fully understood) years before should be swept away by fashion and fad with disastrous consequences. But that’s precisely what has been happening in marketing. In the face of technological disruption we are forgetting the way that marketing works.

This phenomenon has been best documented in a recent article in the FT by Ian Leslie that should be required reading for any one in marketing. In particular he references Byron Sharp’s work in trying to re-establish the laws of marketing before its too late.

So what is it that we are forgetting? What marketing truths do you routinely hear being ignored, contradicted or compromised? Here are my top ten marketing truths, many of which are drawn directly from Professor Sharp.

Don’t succumb to fashionable thinking and theories that lack any evidence of effect. And instead remember the timeless wisdom of this business. Because let’s face facts, rotten meat may not be very good for you but does not and has never caused scurvy.