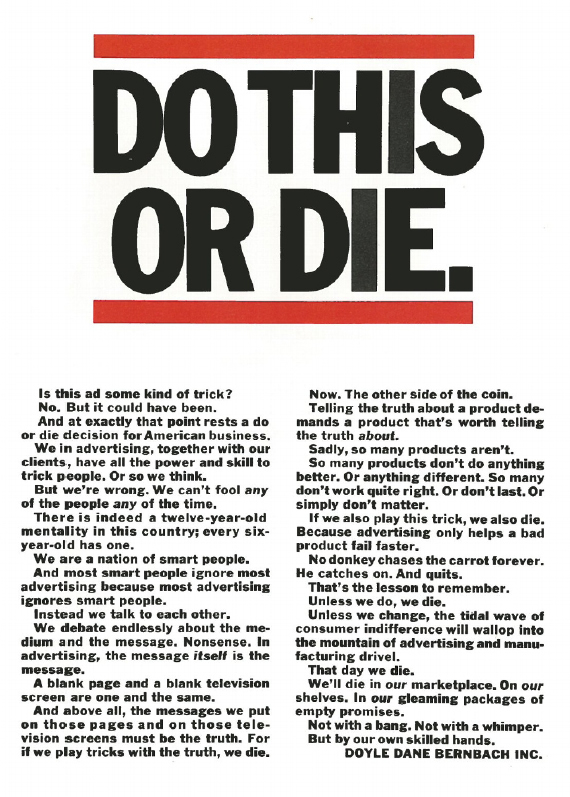 I was recently asked to write about my career in advertising for students at my old College – St John’s, Cambridge. I thought I’d post it here in case its useful or enlightening for anyone thinking of an advertising career.

I’m not exactly sure of the moment in which I though a career in advertising would be a good idea. I certainly didn’t go to Cambridge with that in mind, though being the late ‘80s the advertising party was in full swing, giving the industry a kind of intoxicating glamour.

I was certainly sufficiently interested in the dark art by the long vacation at the end of my second year as I landed some work experience in a Sydney agency while researching my Geography dissertation.

Of course I dutifully applied to any and every agency that appeared to have graduate training programmes in the firm belief that this would yield a job but I came away empty utterly empty handed. I was resoundingly rejected, including by Saatchi & Saatchi in which I am now writing this post as the Chief Strategy Officer.

That I landed and continue to pursue a career in advertising that has lasted over 25 years is down to pure tenacity. The ad industry might not have wanted me but I was convinced I wanted the ad industry.

And so it was in the autumn of 1989, recently graduated and back at home, that I came across an ad in the Media Guardian. Its headline insisted that ‘by the year 2000, 90% of marketing will be direct marketing’. It was for a Direct Marketing agency called DDM that was looking for graduate trainees. It was my passport into the industry. And it was entirely incorrect but that’s another story for another time.

I had landed my first poorly paid job in advertising within six months of graduating, it’s just it was not in the right bit. I didn’t want to be in Direct Marketing (driving individual sales and customer relationships) I wanted to be in the bit of the advertising World that makes dents in our cultural universe, that makes the great and famous ads and that creates game changing strategies for businesses, governments and social causes.

Getting there took me another three years. But it taught me a valuable lesson – start anywhere but never get stuck. In other words, any foothold in a business like advertising where the starting jobs are few and far between is better than none but if your heart is set on somewhere don’t allow comfort and fear to stop you getting to your ideal destination.

So, whether through luck or judgment, in 1993 I landed the job I always had wanted, with the soon to be biggest agency in the UK, AMV.BBDO. This was the real deal and to top it all I was a planner, not an account handler. I had started out as an account handler or what we call a ‘suit’ because I knew no better and had not the slightest idea about what a planner was. The reality is that I was born to be a planner, we are the strategists in the team not the ring masters or impresarios. While great suits have brains as well as charm and supersized levels of confidence, being a geographer the combination of creativity, lateral thinking, analytical skills and logic of the planner massively appealed and appeals to me. As a suit I had to play down my weaknesses, as a planer I simply had to play up my strengths.

And that was critical. When you are asked to do the things you love and are really good at you naturally excel. When the opposite is the case, you drown. So it’s best to discover what you are best at as early as possible and dedicate yourself to that. That change of direction is really what turbo charged my career leading me to make it to the board of AMV.BBDO before jumping ship to the legendary and now sadly departed agency HHCL (famous for ‘you know when you’ve been Tangoed’, ‘the AA is the fourth emergency service’, ‘Ronseal, it does exactly what it says on the tin’ and many other iconoclastic campaigns of the ‘90s). And then after a decade to Saatchi & Saatchi in 2008 as first Strategy Director and then Chief Strategy Officer, where I now ply my trade.

In all I have spent over half my life in the advertising business. An industry that still excites and involves me despite the massive changes in technology and culture we have all witnessed over the past couple of decades. But it wasn’t easy to get in and it still isn’t, it requires determination and tenacity. It requires that you aren’t too fussy where you start. And above all it requires a break and a little luck but you know what they say about luck. The harder you work the luckier you become.