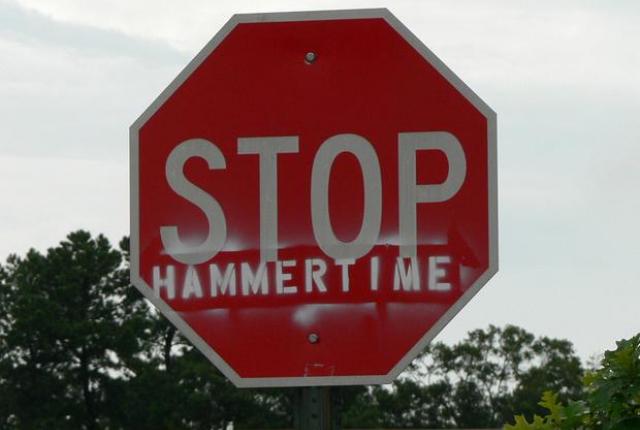 I have never understood the belief that advertising dollars should follow people’s time. The assumption that if people spend 50% of their time some place or other means that 50% of the advertising budget should go there too, seems to me to be arrant nonsense. This is despite the fact that it is an article of faith in the specialist online and mobile advertising communities.

I spend a lot of my time asleep, some time walking the dog and a whole chunk of time watching non-commercial TV or listening to non-commercial radio. Advertising doesn’t and in cases can’t pursue me into these places and spaces. Indeed there are whole swathes of our lives that are thankfully ad free. And far from being a problem for the advertising business it is probably one of the reasons that the majority of advertising is tolerated at all.

So, for the avoidance of doubt, let us abandon the idea that spend should follow people. Advertising dollars should go to the places in which they offer the best return not the spaces in which people are simply present.

And the media in which any advertising is most effective will be a function of four factors:

1) The quality of targeting that is required, very little when people are far from a purchase, a great deal when they are closer

3) The palate for creativity and engagement the medium provides

4) Consumer acceptance of advertising in that medium

The first three go without saying but the fourth is often ignored, especially by the adtech industry. And it is the fourth that is absolutely critical.

Advertising has only ever worked and can only ever work with the consent of the public. Consent is not the same thing as permission. Permission is an individual agreement to be served commercial messages. Consent is a collective agreement that we are happy for the medium and content we are using to be interrupted (and therefore commercially supported) through advertising activity.

This consent has existed for generations in traditional media like newspapers, magazines, radio, TV and cinema. Indeed advertising is, in many ways, part of the experience of those media. There is a consensus that, annoying though it may sometimes be, the activity itself is acceptable

But when it comes the newer media, specifically online and mobile, I regret to announce that no such consensus or consent exists. With the notable exception of search, people are profoundly unhappy with the vast majority if digital advertising. They don’t like it and as a result it is becoming ineffective.

If you are more likely to climb Everest or be struck by lightening than take any notice of digital advertising, that’s because people don’t like what we do online. They never consented to pre-rolls, page takeovers, pop ups and those ghastly formats that follow you as you scroll down the page. And they never consented to mobile inventory that destroys the user experience of so many mobile sites and applications.

And the result is quite clearly that digital advertising is about to implode.

If huge numbers of people adopt ad blocking functionality we will only have ourselves to blame. Ad blocking is symptomatic of the lack of consensus over digital advertising techniques and formats

Read my lips adblocking is our fault. Or at least the adtech industry’s fault

If we are to save digital advertising, as distinct from other brand activity online and in social (though much of this is of dubious value) then we need to start again. Start again and figure out how to create a consensus between publishers, advertisers and consumers about how advertising is allowed to work online. How it interrupts, how it engages and what data it uses.

We can ignore this crisis. I really don’t care that much, effective advertising benefits from a reduction in supply as it increases the value of what’s left. But I suspect the publishers are going to be screwed if we don’t figure this out.

A version of this post first appeared online for Marketing Magazine

One Reply to “Ad blocking is our fault”