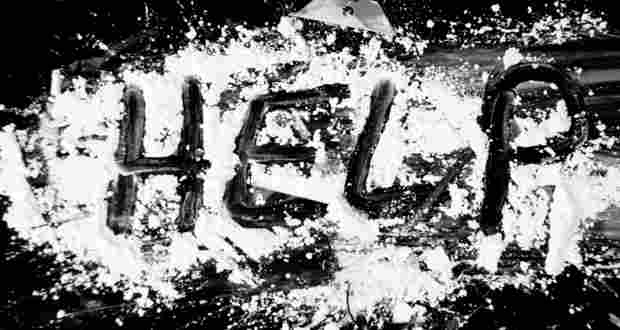 The advertising industry has a serious problem with addiction. Addiction to awards.

Everyone in adland loves a good award. Used recreationally they can be fun, illuminating and uplifting. Sure the people that you get the awards from can be rather un-savoury, but as long as you keep the habit under control awards do no great harm. Indeed a healthy relationship with awards is a perfectly good way to celebrate the best work coming out of the business.

The problem comes when you can’t keep on top of the habit. When the awards control you not the other way round. When every day you wake up and all you can think about is where you are going to get your next award from and what crimes you will have to commit to get it. That’s when you know that you need help. And that often means a little awards rehab. Awards rehab involves reducing the number of awards entries, promising not to make ‘scam’ work just for awards or changing the way creative teams are rewarded.

And that’s what appears to have happened over at DDB. In a laudable pronouncement their global Creative Director has declared “you will see less work from DDB at some of the shows”. This is a reaction to the type of the creative that is winning at advertising awards these days. All to often it’s work that isn’t commercially commissioned, work that solves no genuine problem and work that touches few people’s lives beyond those editing the case study film. In other words work made purely to score some awards. Sickened by a perceived explosion in work made just for awards, DDB have booked themselves into rehab and are rather hoping the rest of the business will follow suit.

But the truth is this kind of thing is nothing new.

In 2002 two Creative Directors at Ogilvy, were stripped of their Campaign Press Awards for doctoring work entered on behalf of The Central Office of Information. The creatives in question paid a heavy price for the crime but in reality adulterating work for awards was happening across the industry. Contrite, the ad business pronounced that incentivising teams to chase awards was the root problem and should be discouraged. No more bonuses based on number of award wins, for the time being anyway.

Awards rehab happens every time the business overdoses on gongs, every time it realises it’s chasing the Lion rather than focusing on what really matters. Every time the industry sickens itself with its own awards excess and decides to go cold turkey. The DDB announcement is just one such moment.

Of course in reality most good creative teams are rewarded for award winning work and rightly so. A team whose work consistently garners recognition for the agency and client will be paid more and be lured to the best agencies. Where they will hopefully unleash their talent proving that great creativity drives real commercial success. In the normal scheme of things there is no conflict between serving clients well and winning creative awards. Indeed they often go hand in hand. DDB’s own John Lewis campaign wins big, sells big and has created real value for that brand over the past decade.

The question is what comes first, a desire to create impact for the client or a desperate craving for yet more awards? One is a perfectly healthy habit, the other is a rather dangerous and destructive addiction. And as with most habits keeping it in check is no easy task.