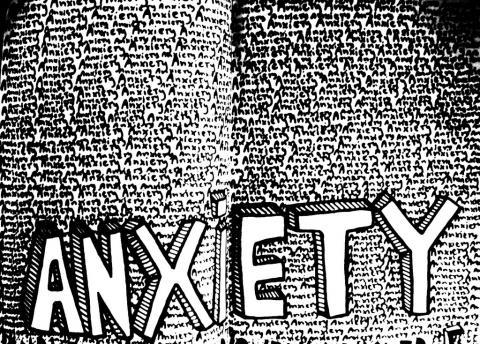 “Let’s face facts, Perce”, as Edmund Blackadder was constantly saying to his hapless companion, the division of labour in advertising agencies borders on the bizarre.

In no other industry is the thinking, creating and doing delivered by different people, with different titles, often in different departments. You don’t see the farmers, the architects or solicitors dividing up the essential aspects of creating and delivering their product in this way.

But don’t get me wrong, this isn’t one of those limp and lifeless ‘ideas can come from anywhere’ rants. Or a well rehearsed argument that traditional agency departments are moribund in a beanbag world of collaboration. Far from it.

We maintain this division of planners, creatives and account handlers, or some variation on the theme, because we aren’t looking for the sort of ideas that come from anywhere. We are looking to locate, create and deliver outstanding ideas. Ideas that are transformational not simply transactional.

Asked what makes a great suit, one of my favourite suits maintains it’s the value of paranoia. By inhabiting a world where the worst is always imagined the paranoid account handler ensures the worst rarely happens, for the relationship, the work or the results. After all, who needs an account handler that crosses their fingers and hopes for the best?

Asked what makes a great creative, one of my favourite creative insists on the value of resilience. It’s the ability to endure the criticisms, the objections and the absence of backbone from others in order to ensure that the best ideas survive and flourish. The ability to bounce back also comes in handy when you face up to the maths of the creative process, where one idea in one hundred makes it out of the building and one idea in ten thousand makes a real dent in the universe. Surviving those odds requires a big dose of resilience.

And as for planners? I have long maintained that great planners are wracked with anxiety. It may annoy virtually everyone else but the truth is good planners are never entirely sure, unless and until they absolutely know something to be true. There is always a better insight, a more potent consumer behaviour, a clearer path to purchase, a more interesting strategy or better plan. Until there isn’t.

Anxiety about the rightness of an idea makes a planner keep searching for something better and stops them taking the easy path or making the obvious choice. Because, to be honest the greatest diseases of the planning community are laziness masquerading as certainty and dogmatism pretending to be clarity. Indeed the guiding philosophy of any planner worth their salt should be “strong opinions, lightly held”.

Paranoia, resilience and anxiety are a weird combination of attributes for an industry that sells optimism and possibility (though they make an interesting name for a start up). But the secret of advertising excellence doesn’t merely rest in phenomenal feats of imagination or exquisite craft skill, it also lies in the values that keep us on our toes, bouncing back and permanently dissatisfied.

One Reply to “Anxiety maketh the planner”