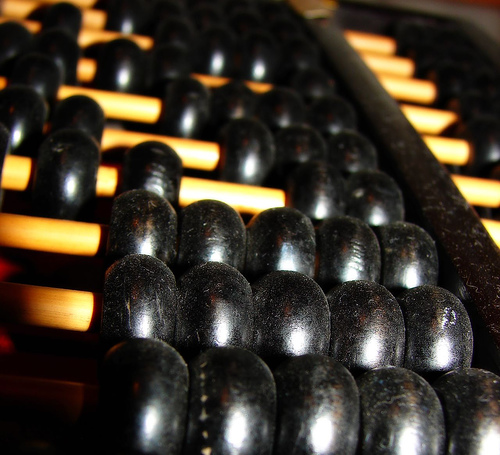 People in our industry love big data. Or at least they love the idea of big data.

It’s one of those hot topics that fills our feeds, our conference agendas and the pages of our trade magazines. But it’s a hot topic largely because we have been told it’s a hot topic. The reality is that big data is not really of much use to us.

Indeed if think we are actually making use of big data, what ever we are talking about is probably not big data at all. By definition big data refers to those data sets that are so large or complex that traditional data processing applications are inadequate.

No wonder most organisations look at their data in despair. They appear to have loads of the stuff but don’t know what to do with it. After all there are few people that have access to both the software and the thousands of servers that have any chance of making this data meaningful. And most of those businesses are called Google. Big data is just like the rest of the junk information that swills around the most organisations, useless and completely lacking in any useable insight.

And I worry that in the rather obsessive way that we have approached big data, we have lost sight of the power of little data. Little data is the real friend of the marker, not it’s overhyped sibling because Little data is what really gets things done in our world.

When Mattessons Fridge Raiders created FRHANK, the world’s first artificially intelligent game playing robot earlier this year it was not because of big data but two bits of little data. The 5 million kids that are home alone after school and are usually absolutely starving 61% of whom are gaming.

When Old Spice brought Isaiah Mustafa to our screens to suggest he was the man your man could smell like it was because they knew that 60% of all men’s body wash was bought by women. Little data.

When Sainsbury’s asked us all to Try Something New Today it was because the knew that they needed to generate £1.14 more revenue on every sale in order to reach an incremental revenue objective of £2.5bn.

And responding to the realization that kids in the USA will now live 5 years less than their parent, the Michelle Obama Foundation and Nike asked what those kids might do with the extra five years. Good old little data.

Now, if these bits of little data seem exciting to you, like they were clearly instrumental in the genesis of good work that solved real problems then you’d have to agree that they are few and far between. I’m sure you would be able to ferret out a few more and in truth I would be hugely grateful if you did – to help make the case for little data. But for all that big data seeping from every organizational orifice, sharp and potent bits of little data are hard to hunt down and employ. Not least because half of us are obsessed with their big brothers and the other half seem to run for the hills every time the idea of data is raised.

However, as strategists and marketers we should be instrumental in finding the little data upon which a strategy or an idea can turn. It is little data of which we should be devotees because it is little data that actively getting stuff done while those obsessed with big data are still drinking poor quality coffee at all their conferences.