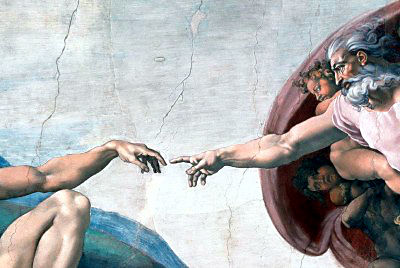 I’m no great fan of monotheism

The idea that there is one true god, one answer to the entirety of life, the universe and everything has always struck me as rather arrogant.

Why are we so desperate to deify those that say they alone have the answer, the whole answer and nothing but the answer?

I suspect that deep down the certainty of others is both reassuring and intoxicating. In a world where people feel certain about very little, we are seduced by those that claim to have life nailed, from preachers to self-help writers, firebrand politicians to social media influencers.

And this is absolutely the case in marketing. We fall over ourselves to fall in line behind the latest guru promising the answer to every question that we might ever have about the way to create, build and sustain a brand.

And just as an aside, why are they always men? It’s as if certainty is a bloke thing, like the way that men always tell you they know the answer to a question whether they actually do or not. I have yet to come across a female brand theorist that claims that they and they alone have discovered the secret to building a successful brand, even from those women that so palpably have done just that.

But back to the point.

I enjoy my brand strategy like my religion and politics, as a polytheist rather than a monotheist. Why worship just one god when you can follow them all, applying their teachings when and where the task at hand demands?

I often like to prostrate myself at the feet of the cultural strategy gods, preoccupied as they are with resolving tensions between the life people want and the life they experience. But I don’t let this stop me popping into the temple of purpose from time to time and making an offering to Sinek or Stengel. Elevating the role of a brand in society is sometimes just the path that is required.

And I certainly don’t let either supplant my devotion to positioning. Much maligned by the other gods, there is still huge value in the simple art of placing a brand into a market in a new way or placing it into a new market altogether.

Of course, I always make sure that time is set aside in my devotions to be thankful to the gods of social theory and their belief that, as social animals, people tend to buy the things other people buy. Though from time to time I do like to light a votive candle for the gods of behavioural science and the many biases and shortcuts in decision making that often appear to be irrational or illogical. While, I rarely miss an opportunity to offer up a prayer or two to the gods of memory structure from Kahneman to Sharp as they watch over humanity’s miserly cognitive powers.

Of course, devotees of each of these gods go to huge efforts to argue that theirs is the one true path and to demonise every other approach as idolatry, an act of pure heresy. But you don’t have to heed their word, you don’t have to be seduced by their seeming certainty.