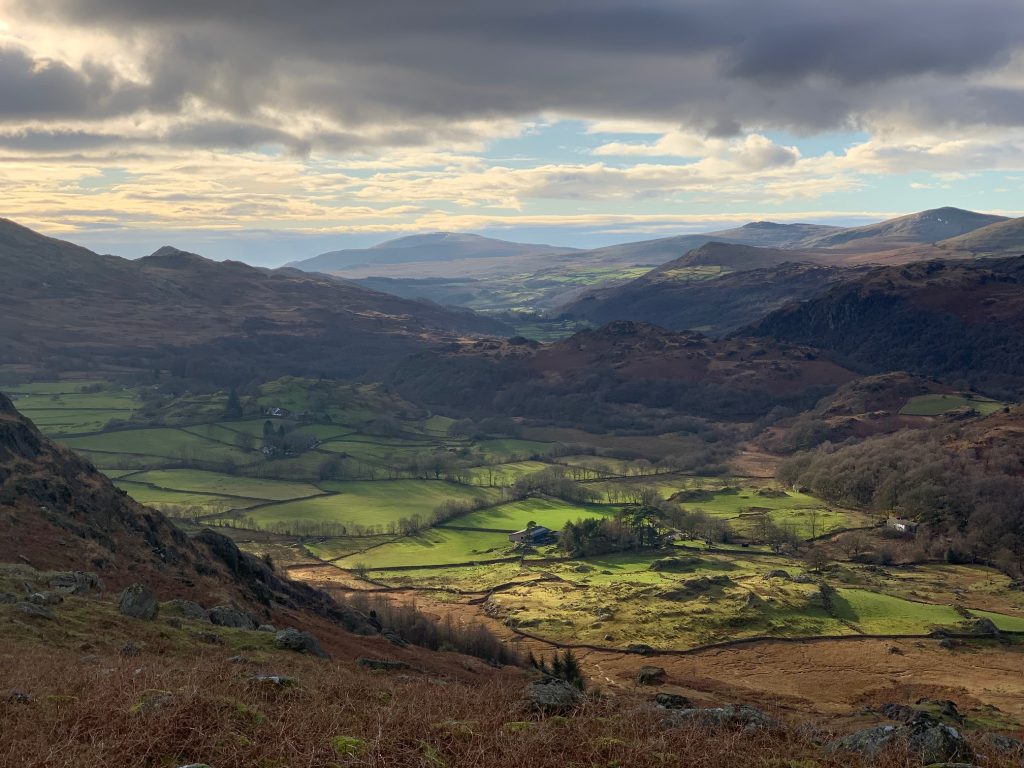 Advertising and agriculture feel at opposite ends of the universe we all inhabit. Perhaps the only similarity being the way both our professions are vilified by the general public.

People have never really trusted us, that goes with the territory, we are used to it. Farmers, well that’s a new thing. As the promise of modern agriculture has turned to dust leaving our countryside bare and barren and with farmers dependent on huge state hand-outs, our nation’s once strong relationship with farming has been stretched to breaking point

That’s certainly the sense you get reading English Pastoral by James Rebanks. In this his second book, Herdyshepherd1 charts the rise of industrial agriculture across the Lakeland fells that he farms, as his father and grandfather had farmed before him. Industrial agriculture that has depleted our soil, brutalised the lives of animals, poisoned our rivers, grubbed up our hedgerows and trees and led to the catastrophic collapse of Britain’s wildlife. To the point where it’s thought we only have a hundred harvests left in this country. And despite the promises of modern farming, those farmers that are left have become poorer, dependent on subsidies and still producing commodity food at prices dictated by others.

Rebanks, a reformed farmer, resolves his devastating story with characteristic optimism, advocating a new contract between Britain and farming. One in which farmers once again become the custodians of our countryside, not its persecutors. Where they are valued for more than the size of their yield. And in which subsidies are used to reward those that farm with the future in mind.

What he misses is apparent to anyone working in our industry. Advertising. Or more specifically the brands we build.

When I was young and incidentally a farmer’s son, the telly was full of ads for the produce that came from British farms. We were forever being told to ‘go to work on an egg’, ‘slam in the lamb’ or to ‘watch out’ for Humphreys that would steal our milk. For a period of our nation’s history, government was prepared to put money, imagination and energy behind promoting the produce that came from our farms.

Marketing of a sort still continues to support British farming but it’s entirely lacklustre, woefully underfunded and completely un-memorable. And it’s still obsessed with the generic rather than helping drive premium prices back into amazing food from around these islands. It’s the equivalent of the Society of Motor Manufacturers and Traders running ads saying ‘buy a car’.

To be clear, British agriculture doesn’t need communications to drive consumption, as it did in the second half of the twentieth century. It needs brands to drive margins, because brands put power in the hands of those that own them or have access to them. And in particular they help support premiums by creating monopolies of supply. This in turn encourages consumers to pay significantly more than the commodity price of those goods. And that’s frankly what British agriculture is in desperate need of.

When it comes to food we tend to think of brands as the fast-moving consumer goods that add ‘processing’ value to food commodities usually through a recipe, format or packaging. But the commodities themselves can clearly become brands too.

With a some exceptions at the cheaper end of the market, there are few conventional packaged goods brands in the wine category. But there are powerful and premium supporting brands nonetheless, grape brands and provenance brands. And most Brits now understand the white wine grape they like or the place they prefer their Red Wine from.

But the value of the ingredient or its provenance is entirely under-developed in most food categories. And it’s the farmers that have lost out. If you farm Herwick Sheep in the wilds of the Lake District, why the hell are you being paid the market value of lamb up against the volume producers in the rest of the country and abroad? Because you never stopped to think what would happen if you were one of only a few producers selling Herdwick lamb from the rain fed fells of the Lake District and people were prepared to pay a premium for exactly that brand of lamb. Of course both breed and provenance need to mean something valuable to consumers but let’s face it the Apple brand is only worth so much because Apple bothered to make it so valuable.

If a tiny fraction of the money pumped into UK farming in the form of state handouts – some £3.4bn – was diverted to properly funded marketing to  actively support British breed and provenance brands, we might actually change the outcomes for farmers.

Critically, this can’t be about ‘British Beef’ or ‘Welsh Lamb’, macro provenance isn’t going to cut it with consumers these days. It has to celebrate specific breeds, particularly ancient and rare breeds valued for their close relationship with the land they live on. And it has to venerate specific territories and environments, the places and conditions that lend that produce charater and authenticity. Like the terroirs lionised by the wone world.

I have focused on meat in much of this discussion but the same principles apply to dairy that doesn’t end up in a Mueller Yoghurt and possibly given time, arable produce as well. And who knows even one day wool, once we stop dumping our wool in the carpet industry and importing Australian wool to make into garments pretending its somehow British as a result.

In the meantime, if Belted Galloway Beef, Romney Marsh Lamb or Gloucester Old Spots from Gloucester meant something to consumers, something gloriously intangible they were prepared to pay more for, everyone would be happier. Consumers feeling they were buying food  of real quality and authenticity, retailers able to introduce price inflation into  their food business and government, using a proportion of their billions to better effect.

And above all farmers, or at least the farmers that care passionately about the land, their animals, their wildlife and our countryside. After all, we all want to be valued for what we make and not bailed out because the system means we can’t make ends meet.

One Reply to “Why agriculture needs advertising”